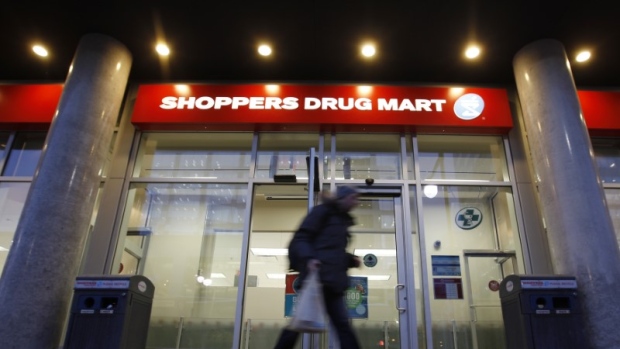 Shares of marijuana producer Aphria Inc. (APH.TO) surged more than 14 per cent on Tuesday, a day after the company announced it has entered a five-year agreement to supply Shoppers Drug Mart with medical cannabis.

Aphria CEO Vic Neufeld called the deal ‘a home run’ in an interview with BNN on Tuesday.

“We’ve negotiated a level of annual minimums that we, quite frankly, fully expect to blow away.”

The company said Monday that it will provide the pharmacy with four strains of dried marijuana flower in two different sizes and four cannabis oils. All 12 products will carry the Aphria brand name.

The deal is subject to Health Canada approving the application of the chain's parent company, Loblaw Companies Ltd. (L.TO), to dispense medical marijuana. Loblaw applied for a licence in October 2016, but neither company can say if or when that application will be approved.

While the deal does not make Aphria Shoppers Drug Mart’s exclusive cannabis provider, the company did agree to not seek out any additional pharmacy partnerships.

“When we got into more of the nuts and bolts of how our relationship could be formed, it became clear to them and to us that we needed to align our interests without intervention. We gave them exclusivity and we have not had any conversations,” Neufeld told BNN.

“We had soft conversations six-to-eight months ago with other national banners, but we’ve gone silent only because I wanted to ensure and send a message to Shoppers’ executive management team that they are the pre-eminent pharmacy chain that Aphria wants to align with.”

Aphria stepped in to bridge the gap between Shoppers’ desire to be a distributor and their unwillingness to step into growing cannabis.

“Under ACMPR (Access to Cannabis for Medical Purposes Regulations) there’s no wiggle room for just a distributor in terms of an LP (licenced producer). It’s all or nothing,” Neufeld told BNN. So, many, many months ago they made an application for their own licenced producer status. I just don’t want a misinterpretation here. It’s not that they want to be a cultivator. They made it crystal clear.”

“We made that commitment to them; that we will be there as their business grows, our capacity grows. Therefore our part of their journey is secure.”

The Aphria deal is one of several recent agreements between marijuana producers and pharmacies.

Maricann Group Inc. announced last month it entered into a letter of intent with Lovell Drugs Ltd. and its dozen Ontario pharmacies to be its primary and exclusive provider of medical cannabis. Lovell Drugs has a dozen pharmacies across Ontario.

CanniMed Therapeutics Inc. also signed a letter of intent earlier this year with PharmaChoice to be its exclusive medical cannabis distributor and to train its pharmacists and pharmacy technicians.