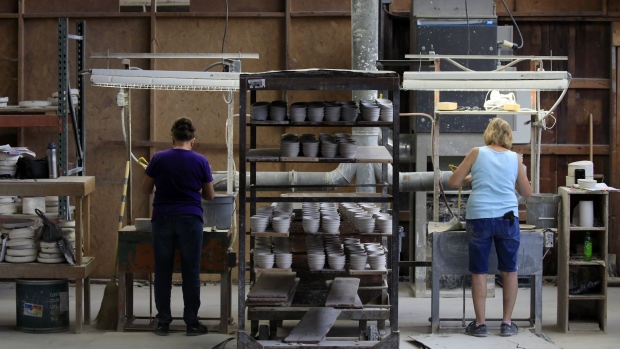 IAC will keep a minority stake in the combined company, which will generate more than $4 billion in pro-forma revenue, according to a statement Tuesday reviewed by Bloomberg.

Bluecrew uses analytics to help companies with their variable staffing needs, utilizing its more than 100,000 ready-to-work crew members, according to its website. BlueCrew Chief Executive Officer Stephen Avalone will join EmployBridge as chief platform officer after the deal closes.

Bluecrew and Employbridge are complementary, Billy Milam, chief executive officer at EmployBridge, said in an interview. Bluecrew is app-based while EmployBridge has branches nationwide. So the deal will help EmployBridge build upon the stickiness of its business clients, Milam said.

Founded in 1985, EmployBridge is a provider of career and workforce services based in Atlanta. The business has about 400 locations and operates across 48 states. It was acquired in 2021 by Apollo.

The deal came together from bilateral talks between Bluecrew and EmployBridge, according to Robert Kalsow-Ramos, an Apollo partner.

“I’d say this is a unique transaction in that it was a cash and stock sort of merger and acquisition of Bluecrew and required no external financing,” Kalsow-Ramos said. “So we were really -- despite the market volatility and in light of the creative structure of the transaction -- able to put together this transformative deal in sort of a really unique way.”

The deal is slated to close in the fourth quarter.

“EmployBridge is the right owner to unlock Bluecrew’s potential, and as a minority shareholder we look forward to seeing how far they go,” a representative for IAC said in a statement.