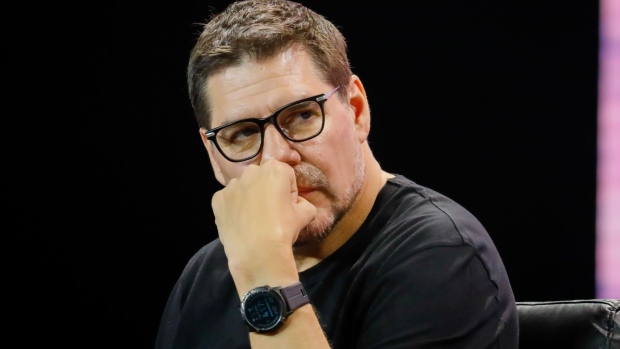 Marcelo Claure, chairman of CTIA - The Wireless Association, listens during the Bitcoin 2022 conference in Miami, Florida, U.S., on Thursday, April 7, 2022. The Bitcoin 2022 four-day conference is touted by organizers as "the biggest Bitcoin event in the world." , Bloomberg

“There is no certainty that a transaction will materialize nor as to the terms, timing or form of any potential transaction,” Millicom said.

The potential deal could value the company at almost $10 billion, including debt, according to a person familiar with the matter. Apollo and Claure are trying to structure an offer to avoid repaying or refinancing about $6.9 billion in Millicom debt because of the rockiness of financial markets, said the person, who asked to not be identified because the details aren’t public.

Millicom’s US-listed stock rose 19% to $17.58 at 12:06 p.m. in New York trading Wednesday, giving the company a market value of about $3 billion. The Financial Times earlier reported the interest from Apollo and Claure.

A representative for Apollo declined to comment, while Claure couldn’t be reached.

Claure isn’t the only telecom executive who’s been interested in Millicom, which operates under the brand Tigo and offers service in countries including Colombia, Panama and El Salvador. French billionaire Xavier Niel took a stake in the company late last year, calling it an attractive investment.

Claure, 52, built a $2 billion fortune as a deputy to SoftBank founder Masayoshi Son before leaving the firm last year.