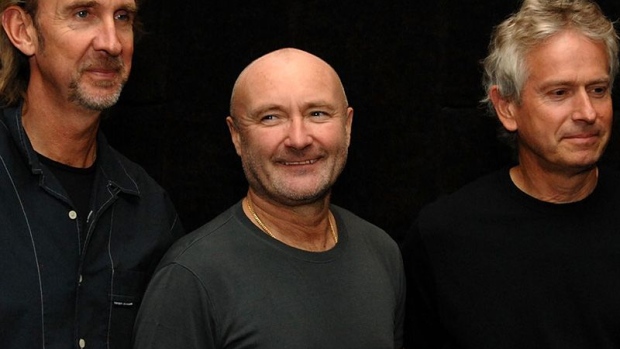 (Bloomberg) -- Apollo Global Management Inc. has priced $1.8 billion of bonds backed by music copyrights in Concord Music Royalties’ first securitization, having bought the largest debt of the securities it marketed.

The Concord transaction is the largest music royalties asset-backed bond ever, according to Bret Leas, head of asset-backed finance at Apollo. It repackages royalty payments — both publishing and sound recording rights — from a catalog of more than one million music assets including those of Genesis, R.E.M. and Rodgers and Hammerstein.

The alternative asset manager officially started marketing the bond after the US Thanksgiving break through its Capital Solutions business. The company agreed to anchor the deal with a large check from Athene, while other Apollo-owned funds purchased a few other portions. The rest of the book was syndicated with other bond buyers, and JPMorgan Chase & Co. served as co-structuring agent of the deal.

A representative for JPMorgan didn’t immediately reply to a request for comment.

Concord’s president Bob Valentine said the sale will allow the company to not only invest in additional catalog acquisitions but also to grow its in-house record labels and discover new artists. He also said this sale won’t be the first time the company turns to bonds for financing.

“This is creating a new source of permanent capital that we can continue to hopefully go back to and grow over time,” he said.

Although this is the first ABS deal for Concord, it’s not the only one that has come to market this year. Hipgnosis Song Management priced a debut music royalty transaction back in August while KKR Credit Advisors printed an inaugural trade in February.

“Securitizing their extensive catalog, it was a way for the company to access cheaper debt in a market that has a lot of depth, at a time when public markets have been more unstable,” said Leas. “We upsized the deal in response to investor demand, coming from high-quality buyers such as insurance firms or money managers.”

The five-year offering came at a time when the asset-backed market has slightly tightened, with the largest tranche on a subprime auto bond moving from a spread of 125 basis points in guidance to 110 basis points when pricing. Concord’s securitization managed to price at 340 basis points above the interpolated curve benchmark.

Apollo has done similar deals before in the private markets, Leas said.

Kroll Rating Bond Agency assigned the Concord securities an A+ rating. The catalog is valued at over $4 billion and is highly delevered with a loan-to-value ration of 44%, the company said in a Dec. 8 statement.

Concord reportedly generates $500 million in annual revenue and is majority owned by Michigan’s pension fund. The company solicited acquisition offers earlier this year that reached $5 billion, but it sought $6 billion, so it passed on a deal. Valentine said that exercise gave the company and its owners a sense of Concord’s valuation in the market.

“Once that process was over, this became the natural next step,” he said.

This year, supply of asset-backed securities has been slower than in 2021, with an almost 12% drop in issuance year-over-year, according to Bloomberg data.