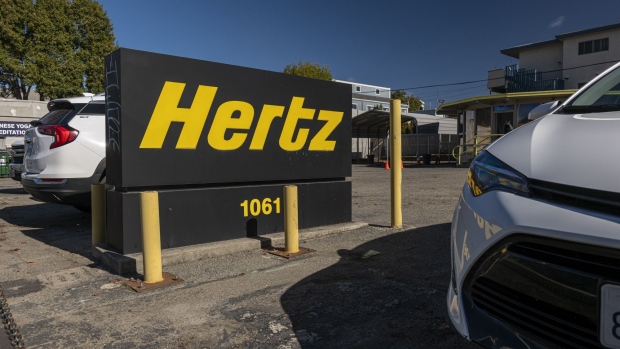 The $4.2 billion Apollo Credit Strategies Fund returned a net 10% through December 2021, said the people, who asked not to be identified because the matter is confidential. The return easily bested the ICE Bank of America High-Yield Index, which gained 5.4% last year.

Apollo, which committed $1.5 billion preferred equity to Hertz, reaped a windfall after the car-rental company sold a junk bond to repay the investment in less than five months after its June bankruptcy exit.

Apollo’s performance last year was also helped by wagers on the grocery and media sectors, and capital structure arbitrage trades, the people said.

The firm provided nearly $1.8 billion of debt to support New Media Investment Group Inc.’s acquisition of Gannett Co. in 2019, one of biggest financing ever arranged outside of the syndicated loan market for a corporate takeover. The newspaper chain paid off that loan during the third quarter of 2021, according to Gannett’s regulatory filings.