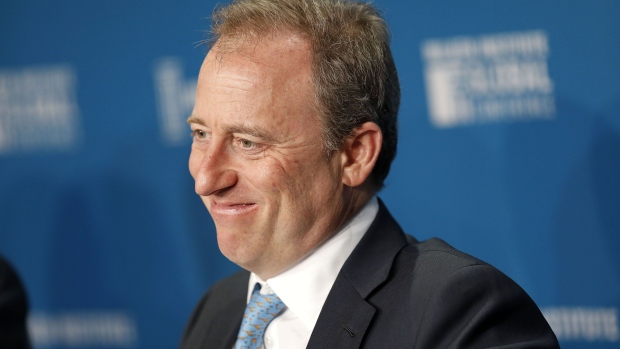 (Bloomberg) -- Josh Harris, the co-founder of Apollo Global Management Inc. who was passed over for the top job at the private equity powerhouse earlier this year, is laying the groundwork to raise his own fund.

Harris, who helped found Apollo in 1990 with Leon Black and Marc Rowan, has met with recruiting firms to help him start building a team, according to people familiar with the matter. The fund will focus on middle-market private equity deals and has a loose target of $5 billion, the people said.

Harris is striking out on his own after announcing in May that he would be relinquishing his day-to-day responsibilities at Apollo. The timing for a new fund may be fortuitous: Private-equity funds gathered $514 billion during the first half of the year, a 70% jump from the same period in 2020, according to Preqin data.

Harris is worth an estimated $7 billion, according to the Bloomberg Billionaires Index. His family office manages his personal fortune, which includes stakes in the National Basketball Association’s Philadelphia 76ers and the National Hockey League’s New Jersey Devils. So far this year, Harris has sold $157 million worth of Apollo stock, leaving him with $2.6 billion in shares.

Harris said in a statement through a spokesman that he is “not fundraising” and has “no other specific plans.” In the emailed statement, Harris said he will “remain focused on my work at Apollo,” and will transition out of his role early next year. “I continue to look forward to returning to my roots as an investor and entrepreneur,” he said.

His decision to call it quits at Apollo came after the firm tapped Rowan to succeed Black as chief executive officer, leaving Harris without much clout at the company he helped build. His departure will coincide with Apollo’s acquisition of Athene Holding Ltd. in early 2022, the firm has said.

Harris lost Black’s support after privately urging him to give up his control of the firm to avoid further damaging Apollo’s reputation, Bloomberg reported earlier this year. At issue was an outside review that found Black paid Jeffrey Epstein $158 million from 2012 to 2017 for tax and estate planning services. Epstein was convicted in 2008 for soliciting prostitution from a teenage girl. Black has never been accused of involvement in his criminal activities and Apollo has said it never did business with Epstein.