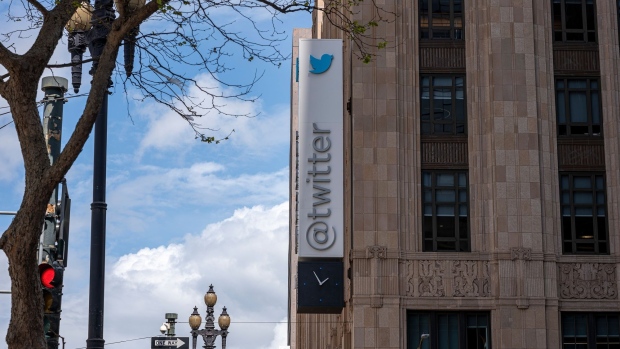 (Bloomberg) -- Investment firms that had expressed an interest in helping Elon Musk finance his acquisition of Twitter Inc. abandoned the talks several months ago, around the time that the mercurial billionaire backtracked from the deal, according to people with knowledge of the matter.

Firms including Apollo Global Management Inc. and Sixth Street Partners had been in discussions to contribute billions of dollars via a preferred equity stake -- before Musk declared the deal dead, said the people, who asked not to be identified because they weren’t authorized to speak publicly.

Musk had been looking to raise as much as $6 billion from preferred equity investors as a way to reduce the amount of cash he had to provide himself in the $44 billion acquisition. Financing for the transaction also includes $13 billion of debt, which a group of banks led by Morgan Stanley agreed to provide.

Representatives for Apollo and Sixth Street declined to comment. A representative for Morgan Stanley didn’t immediately respond to a request for comment.

Reuters earlier reported that Apollo and Sixth Street are no longer in talks with Musk to provide financing for the deal.

Musk’s attempt to back out of the deal set off a months-long legal drama that appeared to have ended on Tuesday after the billionaire said he was now willing to buy the social-media giant for the $54.20-a-share price tag he had agreed to in April.

Apollo and Sixth Street both have large credit investing arms and it’s always possible that they could reemerge as investors later if banks syndicate Twitter buyout debt to investors.