Apple Inc.’s price target was raised to US$350 from US$280 at Needham, which wrote that the iPhone maker had a number of tailwinds in 2020 that could help it extend last year’s strong rally.

The new target matches the Street-high view on the shares, and implies upside of almost 18 per cent from its most recent close. Because Apple surpassed Needham’s previous price target of US$280, the firm lowered its rating on the stock to buy from strong buy.

Needham analyst Laura Martin wrote that Apple was on her conviction list for a second straight year, noting the company’s direct relationships with 900 million of “the wealthiest consumers in the world.” It is “a pure play on the trend toward ’always-on’ mobility,” and it benefits regardless of which apps are the most popular on its platform, she added.

Needham also touted the company’s transition toward a recurring-revenue business model, “which is driving multiple expansion,” as well as its compensation structure, “a hidden asset that drives valuation upside.”

Shares of Apple briefly fell as much as 1.6 per cent on Monday, tracking a broad move lower in equity markets. The company gained 86 per cent over the course of 2019, its best year in a decade.

The 2019 surge means that Apple shares are now trading at “a significant premium to their historical trading range,” according to JPMorgan. Despite that, analyst Samik Chatterjee sees “further upside for long-term investors” given a higher percentage of earnings derived from Apple’s services business, along with 5G iPhones expected later this year.

Also on Monday, Bernstein raised its price target on Apple to US$300 from US$250, though it reiterated a market-perform rating, citing valuation.

With Needham and Bernstein, at least five firms have raised their price targets on Apple shares so far this year. Last week, RBC Capital Markets, BofA, and CFRA all lifted their targets. 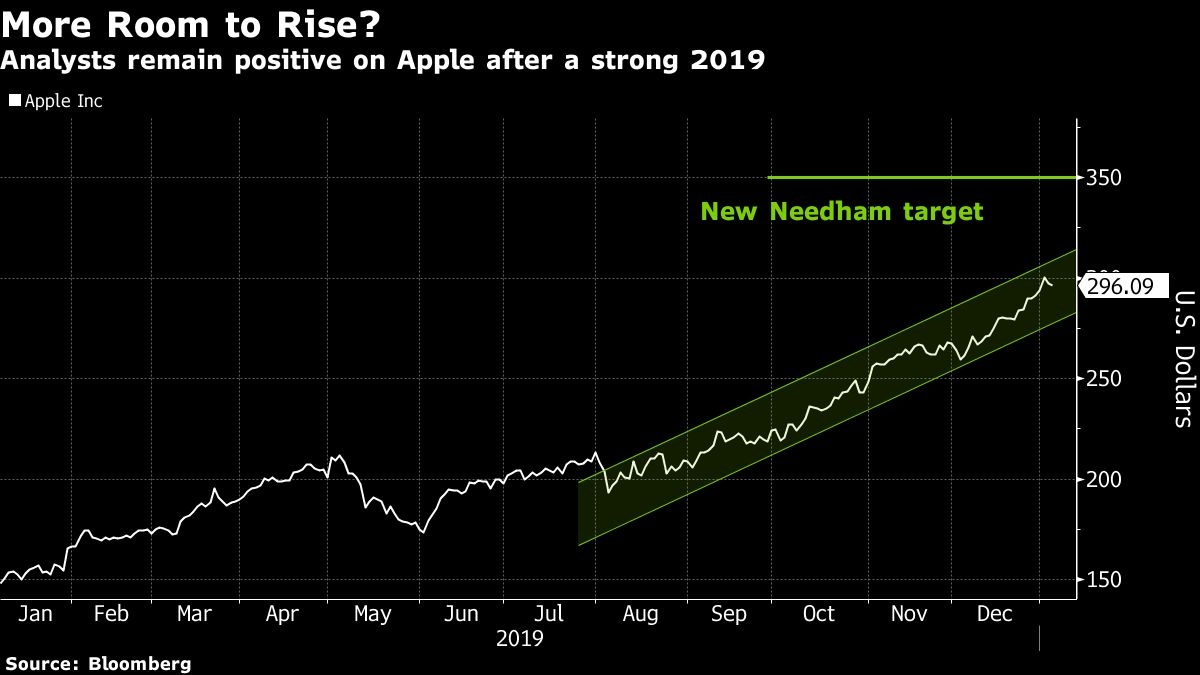