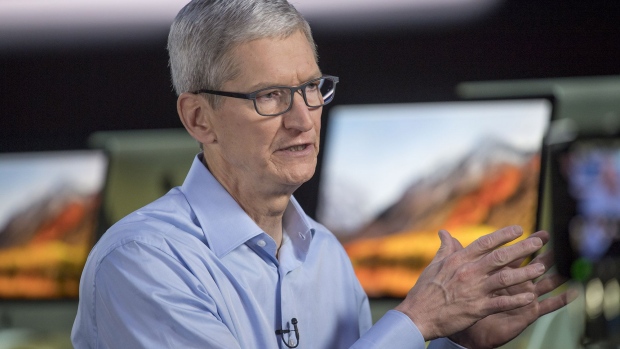 On Wednesday, Cook and IBM CEO Ginni Rometty will brief Trump on a new campaign that highlights multiple ways to get an education, according to people familiar with the plan.

Trump and Cook have cultivated a unique working relationship, and these ties may have helped Apple in the administration’s recent trade deal with China. There are tensions in other areas, though. Last week, Trump pressured Apple to unlock iPhones belonging to a shooter in Florida. The company has not helped the FBI enough to access data on the devices, according U.S. Attorney General William Barr.

On Tuesday in Davos, Cook met with the prime ministers of Finland, Spain and Croatia. In addition to trade and iPhone security debates, the Apple CEO has been battling European efforts to collect more tax from the company.