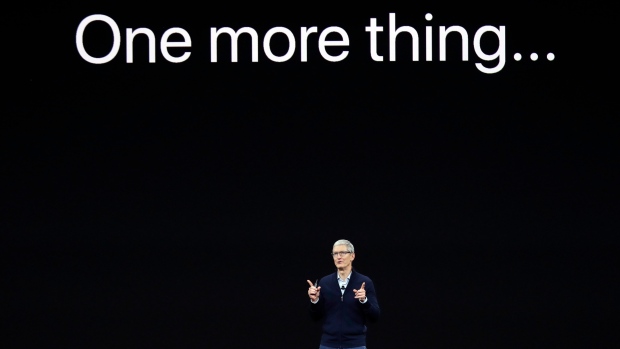 Cook was asked if shareholders would receive a special dividend this year as part of Apple (AAPL.O) bringing hundreds of billions of dollars in cash back to the U.S. The CEO said he’s "not a fan" of special dividends but said the company’s board remains "committed" to annual dividend increases. Directors will discuss the issue in April, as in previous years, he noted at the meeting inside the company’s new Steve Jobs Theater, in Cupertino, California.

The comments were prompted by a question on Cook’s succession and that of Jony Ive, the company’s chief design officer. Cook, 57, was named CEO in 2011, succeedingJobs. Ive returned to his management role in December.

The CEO was also quizzed on the mobile payments industry. While Apple Pay has an "extraordinary future ahead of it," the acceptance of mobile payments has taken off slower than he expected, Cook said. Still, there’s been rapid adoption over the past year in Japan, China and Russia, he added.

Asked about diversity, Cook said half of Apple’s hires last year were either female or underrepresented minorities.