Apple Inc. is planning updates to its AirPods earbuds next year, seeking to capitalize on the success of a product that has become an important source of growth.

The Cupertino, California-based technology giant is working on two new models: third-generation entry-level AirPods and the second version of the AirPods Pro earbuds, according to people familiar with the plans.

The design of the updated entry-level AirPods will be similar to the current AirPods Pro, gaining a shorter stem and replaceable ear tips. Apple is also looking to improve battery life. That model however will not have higher-end AirPods Pro features like noise-cancellation, said the people, who asked not to be identified discussing private matters.

For the new AirPods Pro, Apple is aiming to make the earbuds more compact by eliminating the short stem that currently sticks out from the bottom. A design in testing has a more rounded shape that fills more of a user’s a ear -- similar to the latest designs from Samsung Electronics Co., Amazon.com Inc. and Google. 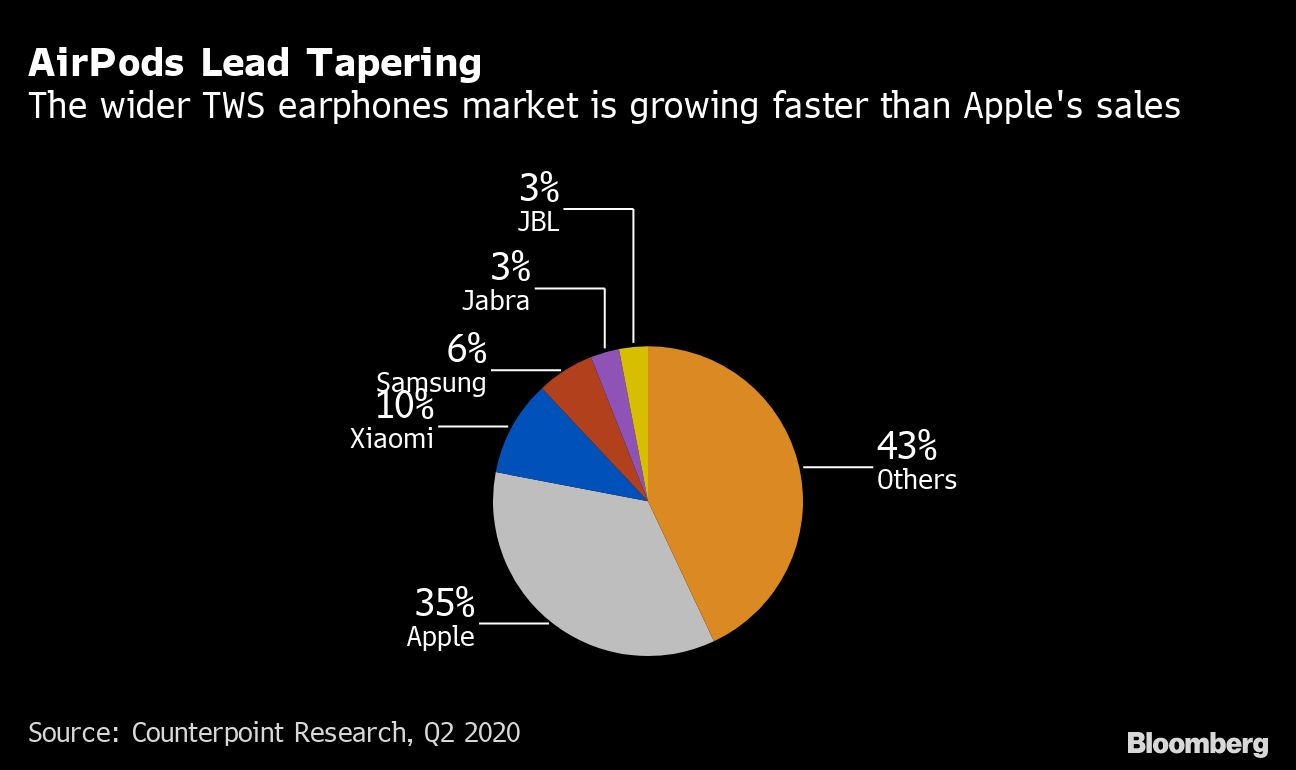 Integrating noise-cancellation, wireless antennas and microphones into a smaller AirPods Pro casing has proved challenging during development, which could result in a less ambitious design when the product is finalized, the people said. An Apple spokeswoman declined to comment.

Apple has internally discussed launching the new low-end AirPods during the first half of next year. The company is also planning new wireless chips to power both models. Luxshare Precision Industry Co. and Goertek Inc. are expected to handle most of the production for the new earbuds.

After being mocked by some early on, AirPods have become one of Apple’s biggest hits in recent years. The company’s Wearables, Home and Accessories division, which includes AirPods, reported US$6.5 billion in revenue in the latest quarter, up more than 70 per cent from two years ago. The earbuds may get a new sales boost soon because Apple stopped including headphones with new iPhones.

The success has attracted rivals such as China’s Xiaomi Corp. that offer more affordable options.

Apple currently sells entry-level AirPods for US$159 and the AirPods Pro at US$249. The original AirPods launched in 2016 and were last updated in March 2019. The AirPods Pro came out in October last year.

Beyond the new AirPods, Apple has also internally weighed a new HomePod that sits in size, price and sound quality between the original US$299 HomePod and the US$99 HomePod mini. It’s unclear if Apple will ultimately launch that product or just further cut the price of the higher-end version.

Apple is still planning to announce high-end, noise-canceling over-ear headphones. The device has faced several development challenges over the past two years and has been delayed multiple times.

The headphones were due to go into production weeks ago, but that was pushed back due to problems with the headband, a person familiar with the matter said. That part was deemed too tight in some testing.

The company initially wanted to include large touch pads on the sides of the headphones, but reduced the size of those panels. Apple has also scaled back some of the interchangeable functionality of the headphones that were a hallmark of the initial concept. The latest version of the product is likely to lack a replaceable headband, but could still include interchangeable ear pads.