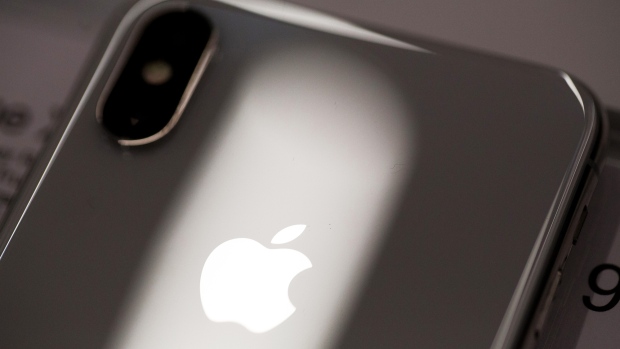 A logo sits on the case of an iPhone X smartphone on the first day of sale Customers queue at a re:Store Apple Inc. retailer in Moscow, Russia, on Friday, Nov. 3, 2017. , Bloomberg

Sacconaghi’s analysis suggests that inventory of up to 5 million units and a big drawdown in the second quarter could pressure estimates. Analyst consensus for US$59 billion in second-quarter revenue appears "appropriately conservative," but the big question is how much iPhone inventory Apple built up, he said.

There is a possibility that second-quarter and fiscal year estimates "may be too high," said Sacconaghi, who rates Apple at the equivalent of hold, adding that Apple shares have historically underperformed until estimates stopped declining.

With shares rising today, Apple’s decline since lowering its sales outlook on Jan. 2 has shrunk to less than 1 per cent. Final results for its fiscal first quarter are to be released Jan. 29 after the market close. 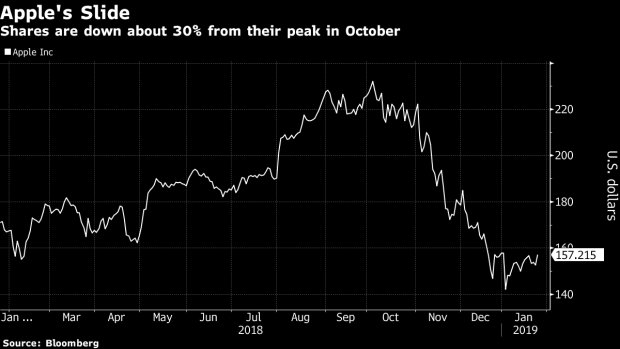