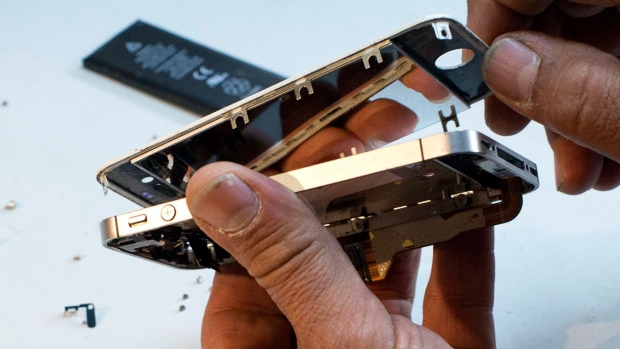 (Bloomberg) -- Apple Inc. will begin letting customers in eight European countries repair their own devices, expanding a program that rolled out in the US earlier this year.

The offering, known as Self Service Repair, will now allow users in France, Belgium, Germany, Poland, Spain, the UK, Italy and Sweden to buy parts online for the iPhone SE, iPhone 12, iPhone 13 and certain laptops so they can conduct their own repairs. As part of the program, announced Tuesday, a customer can rent a large repair toolkit for about €60 ($63), buy individual parts and receive how-to manuals from Apple.

Apple doesn’t recommend that most consumers fix their own devices, but right-to-repair advocacy groups pushed the company for years to permit the practice. The program first launched in the US in April.

Apple, based in Cupertino, California, hasn’t yet expanded the effort to include the iPhone 14 or Macs with newer M2 chips.