Apple Is Said to Tell Suppliers IPhone Demand Has Slowed

Apple Inc. shares dropped after the iPhone maker was said to tell suppliers that demand for its flagship product has slowed, taking the shine off their recent record high.

The stock fell as much as 4.2 per cent at the U.S. market open to US$157.80 after Bloomberg reported that Cupertino-based Apple told component makers that demand for its iPhone 13 lineup has weakened. Suppliers including LG Innotek Co. and STMicroelectronics NV declined in Asia and Europe.

“Those comments line up well with our perspective on a weak iPhone 13 cycle,” New Street Research analyst Pierre Ferragu said, referring to Apple’s remarks to suppliers. “We do not see the issue only related to customers frustrated by delivery delays. It may have contributed, but the issue is more structural.”

Ferragu, who has one of only two sell ratings on Apple among those tracked by Bloomberg, expects iPhone shipments to decline in 2022 as consumer spending on electronics normalizes. He said that Apple could disappoint with a warning in the New Year. 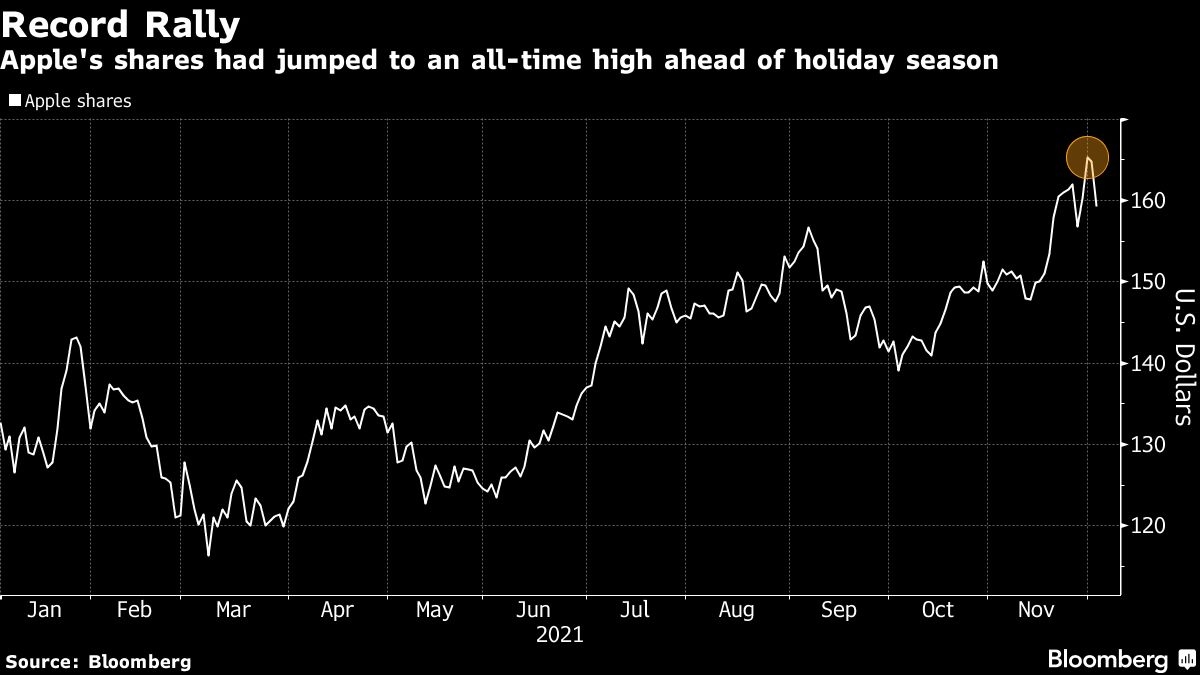 The shares remain up 20 per cent this year and ended November at a record. Wedbush analyst Dan Ives, who touted the company as a “safety blanket” stock amid market volatility, hiked his price target to US$200 from US$185 -- the highest among analysts tracked by Bloomberg -- in a note published before the report on slowing demand.

“The focus of the Street has been on the lingering chip shortage for Apple,” Ives said in a note. “However the underlying iPhone 13 demand story for Cupertino both domestically and in China is trending well ahead of Street expectations, in our opinion.”