JPMorgan, citing its “availability tracker,” said aggregate lead times for the iPhone 12 Pro were “quite robust and above 20 days, implying continued robust demand” following the holiday period. Lead times across the iPhone 12 series overall had “moderated significantly,” added analyst Samik Chatterjee, who rates Apple overweight with a US$150 price target.

Optimism over iPhone demand has contributed to recent gains in Apple shares, which touched an intraday record high earlier this week. The stock has added more than 20 per cent since the start of November alone, outpacing gains in the Nasdaq-100 Index of tech megacaps. The rally brings Apple’s advance for the year to about 82 per cent through Wednesday’s close, and puts it on track for a second straight annual gain of more than 80 per cent. 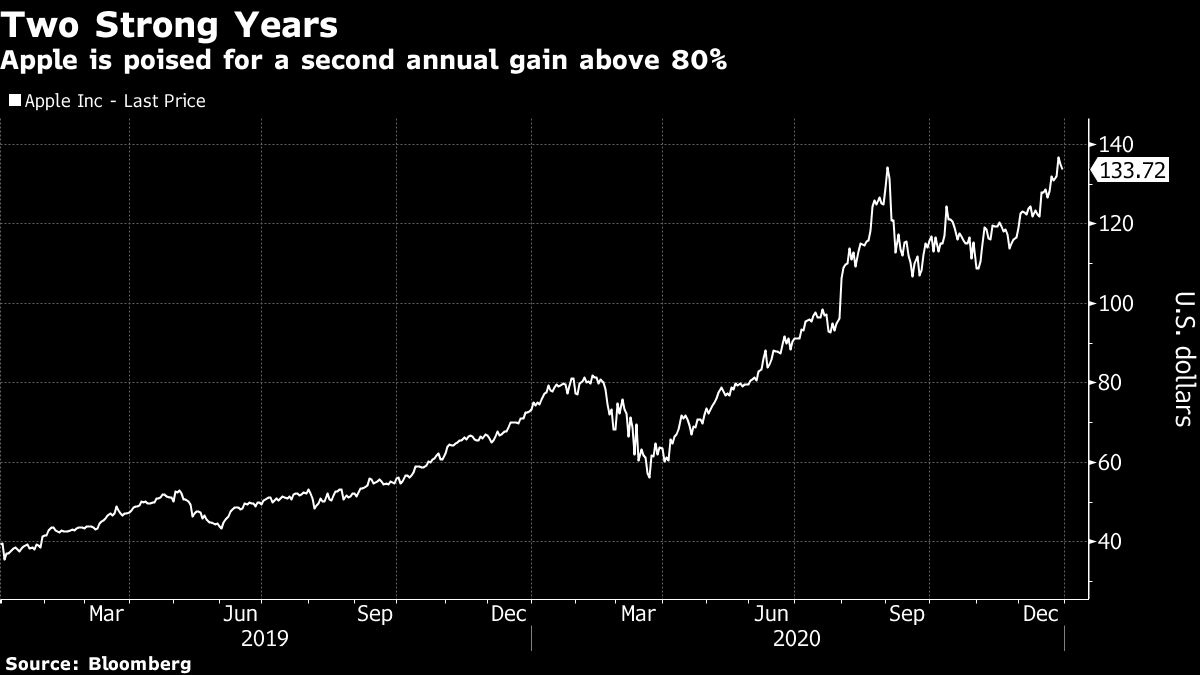 Also on Thursday, Wedbush analyst Daniel Ives wrote that he was seeing signs of bullish momentum for the iPhone. Wedbush carries an outperform rating and US$160 target, which matches the highest on the Street.

Asia supply-chain checks “have now exceeded even our ‘bull case scenario’ for units in FY21 given the current trajectory, a major positive for shares over the coming months.” He added that Apple likely saw strong demand for AirPods over the holidays, “another product tailwind heading into 2021.”