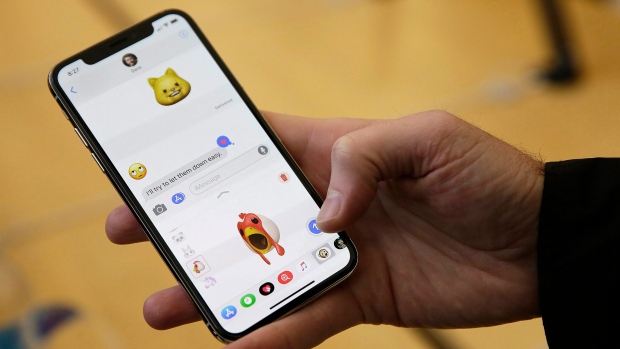 Jitters are growing over the durability of Apple Inc.’s iPhone business.

Taiwan Semiconductor Manufacturing Co., a major Apple (AAPL.O) supplier, on Thursday gave a forecast for second-quarter sales that fell short of analysts’ estimates, in part reflecting a slowdown in the global smartphone market. Earlier this week, the International Monetary Fund said the industry may have peaked. In its latest outlook for the world economy, the IMF said smartphone shipments declined for the first time.

While TSMC is getting more growth from new customers, such as those seeking powerful chips to mine digital currencies, it’s confronting a slowdown in demand from smartphone vendors as developed markets get saturated and replacement cycles lengthen. Apple, which accounts for more than 20 per cent of TSMC’s revenue, may be struggling to attract new customers. Its forecast of US$60 billion to US$62 billion in March quarter revenue came in below estimates, indicating the iPhone maker may have sold fewer handsets than analysts were expecting.

Meanwhile, in a note Thursday, Mizuho analyst Abhey Lamba said Apple’s third-quarter revenue forecast may miss at the midpoint. Apple has forecast revenue for the June quarter of US$50.5 billion to US$52.5 billion, according to Mizuho. Analysts’ are projecting US$52.1 billion on average, according to data compiled by Bloomberg.