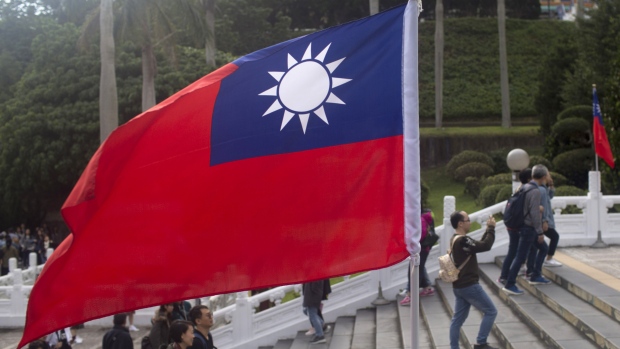 Apple Inc. removed the Taiwanese flag emoji from some iPhones, underscoring the difficult balance the company must strike in supporting free speech while appeasing China.

The change was implemented via software on iPhones sold in Hong Kong and Macau. After Apple released new versions of its iOS 13 operating system in recent days, users in those cities noticed that the Taiwanese flag option was no longer available on the emoji keyboard. Local websites, including Hiraku in Taiwan, reported the move earlier.

Apple previously removed the Taiwanese flag emoji for users in mainland China. Users in other regions are able to remove the flag by setting their iPhones’ local country to Hong Kong or Macau. If a person sends the flag to a user in those areas, it will still appear. That’s not possible on mainland China iPhones. An Apple spokesman didn’t respond to a request for comment on Tuesday.

Although China and Taiwan have been governed separately for decades, the Communist Party maintains unification as its ultimate goal. Taiwanese President Tsai Ing-wen, whose Democratic Progressive Party supports independence, has stepped up her criticism of Beijing as democracy protests in Hong Kong fuel new skepticism about unification.

Apple sells millions of iPhones in China and it relies on huge Chinese factories to assemble most of its handsets. But the company must also follow local laws that have become increasingly tough when it comes to digital information. Last week, Apple rejected and then approved a maps app that shows hot spots in the Hong Kong protests.