Apple Inc. reported quarterly revenue that crushed Wall Street expectations, fueled by sales of the 5G iPhone 12 line and purchases of iPads and Macs as people continued to work and learn from home.

The Cupertino, California-based technology giant reported fiscal second-quarter sales of US$89.6 billion, up 54 per cent from the same period in 2020. Analysts, on average, estimated US$77.3 billion, according to data compiled by Bloomberg. Profit was US$1.40 a share, also easily topping Wall Street forecasts.

“iPad and Mac sales nearly doubled, showing the strength of the PC market and education channels,” said Shannon Cross, an analyst at Cross Research. “These results also show their control over the supply chain and their ability to outmaneuver competitors.” 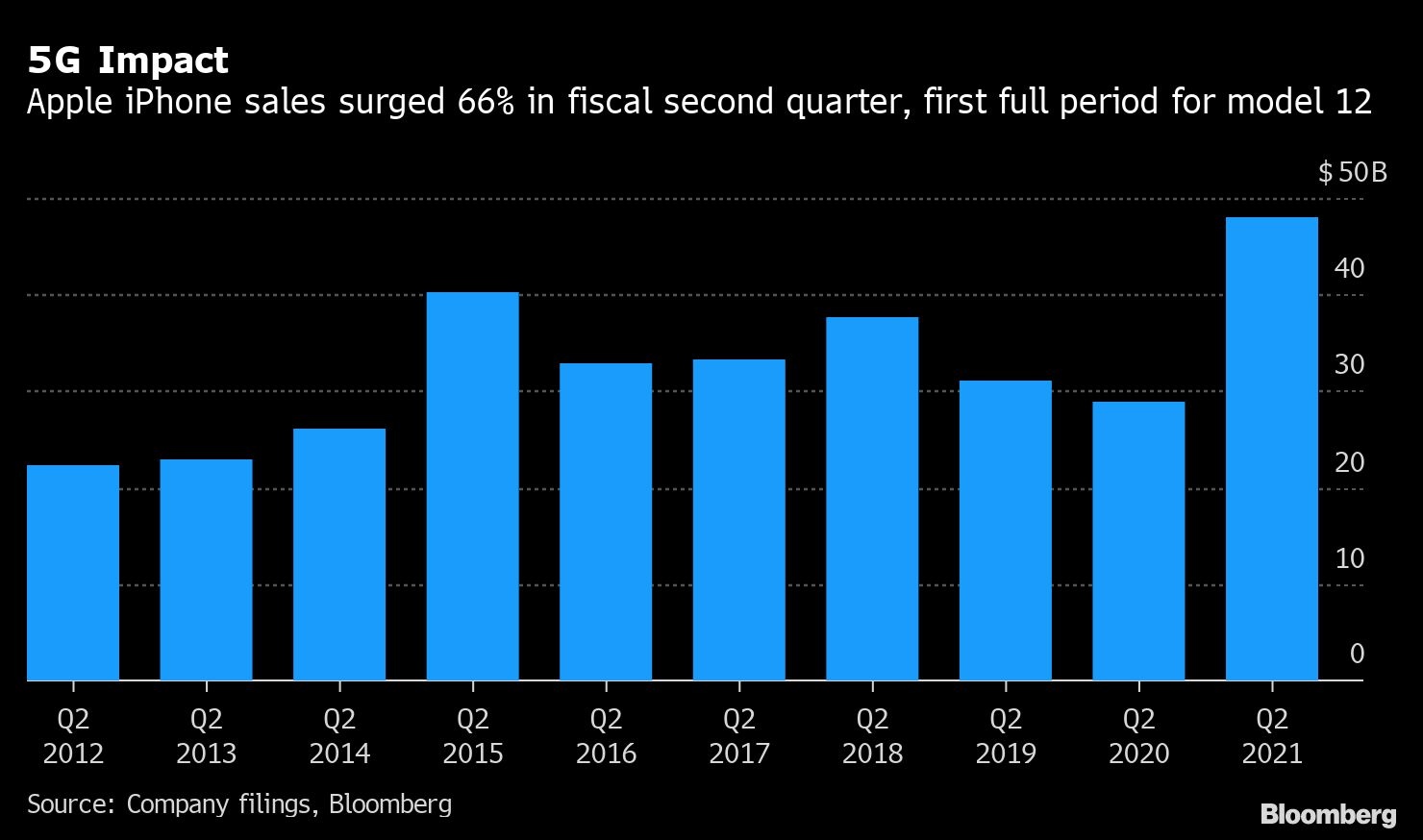 The world’s largest technology company has mostly thrived during the pandemic. Supply chains were thrown off kilter early on last year, however, millions of people were forced to work and study from home, firing up demand for iPhones, iPads and Mac computers. Now that vaccinations are spreading and some consumers are returning to the office and school, Apple will have to work hard to maintain such high levels of interest in its devices.

“This quarter reflects both the enduring ways our products have helped our users meet this moment in their own lives, as well as the optimism consumers seem to feel about better days ahead for all of us,” Apple Chief Executive Officer Tim Cook said in a statement.

The stock rose about 2 per cent in extended trading, after closing at US$133.58 in New York. The shares have lagged behind other big tech companies so far this year. 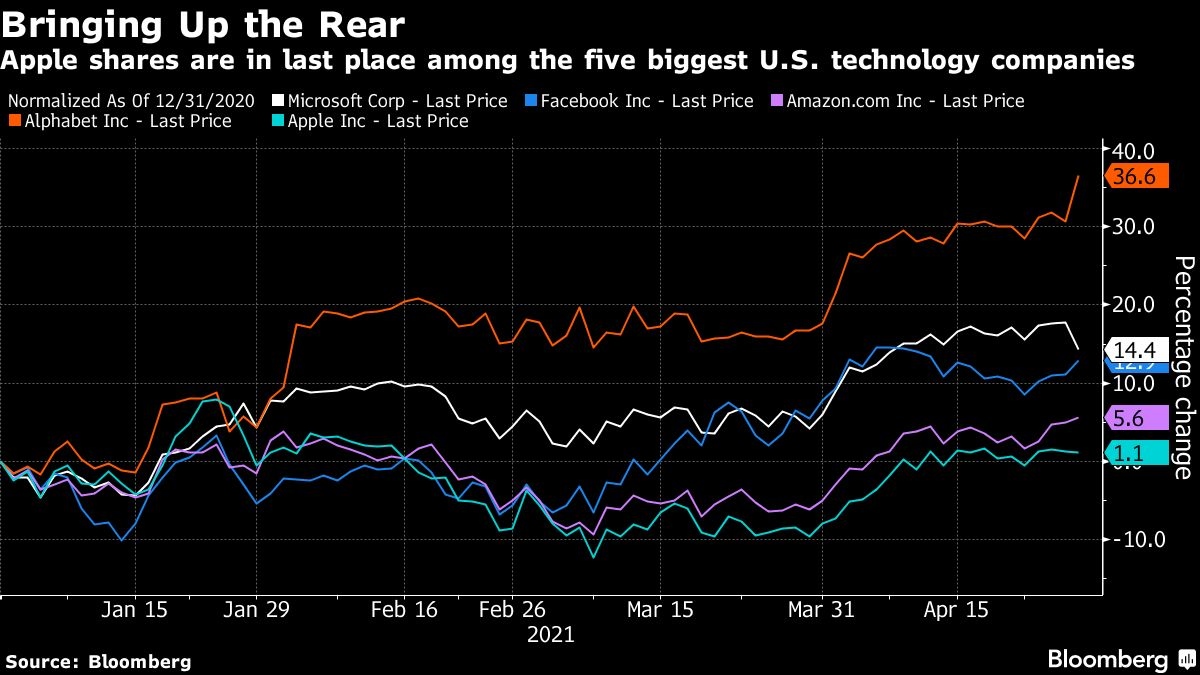 As it has been its practice for the past several quarters, Apple did not provide a forecast for the current quarter. On a call with analysts, though, the company said supply constraints will crimp revenue by as much as US$4 billion in the June quarter.

The iPhone 12 went on sale during the holiday quarter, but sales of the smaller iPhone 12 mini and pricier iPhone 12 Pro Max didn’t kick off until November. That means the fiscal second quarter was the first full financial period for this new line of 5G handsets. Apple also rolled out new MacBook Pros, a Mac mini, MacBook Airs, new AirPods, new iPads and updated Apple Watches.

“These results allowed us to generate operating cash flow of US$24 billion and return nearly US$23 billion to shareholders during the quarter,” Luca Maestri, Apple’s chief financial officer, said. “We are confident in our future and continue to make significant investments to support our long-term plans and enrich our customers’ lives.”

The company increased its dividend by 7 per cent and upped its share buyback program by another US$90 billion.

Apple reported iPad revenue of US$7.8 billion, topping Wall Street expectations of US$5.65 billion. It also sold a record US$9.1 billion worth of Macs, beating estimates of US$6.8 billion. The company will start shipping new iPad Pro models and a revamped iMac with its own chip later in May, potentially propelling both lines in the current quarter.

Cook said Mac sales were driven by demand for the new M1 processor, which the company designed itself to replace Intel Corp. chips.

Services generated a record US$16.9 billion in revenue, topping estimates of US$15.6 billion. Late last year, Apple rolled out Apple One services bundles and new offerings such as the Fitness+ workout offering.

The company’s Home, Wearables, and Accessories segment had sales of US$7.8 billion during the fiscal second quarter. That beats analyst estimates of US$7.5 billion. The category includes AirPods, the Apple TV, HomePod speaker, dongles, and other accessories to Apple’s main devices.

Apple’s revenues grew significantly in each of its major geographies, with significant year-over-year growth in Greater China and Europe.