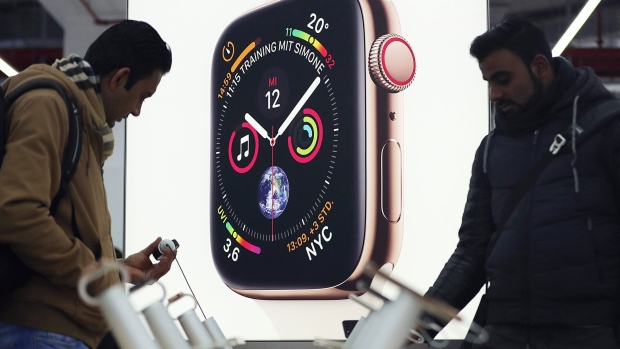 (Bloomberg) -- Apple Inc.’s victory over a record back-tax order will be challenged by European Union regulators at the bloc’s highest court.

The EU’s General Court “made a number of errors of law” when it sided with Apple in its ruling in July, the European Commission said in a statement on Friday confirming that it would appeal to the EU Court of Justice.

Slapping Apple with a 13 billion-euro ($15 billion) order in 2016 was a landmark case for Margrethe Vestager, the EU’s antitrust chief, showing she had no fear of upsetting the world’s most valuable tech company or the U.S. Treasury. The move helped fuel an EU push to close tax loopholes that allowed some multinational companies to legally pay less tax in Europe.

But in a crushing blow to the EU’s fair-tax crusade, judges in July concluded that the commission had failed to prove “to the requisite legal standard” that Ireland’s tax arrangements broke state-aid law by giving the iPhone maker an unfair advantage.

The EU appeal will drag out the case for at least another couple of years, with the possibility that regulators may still decide to re-evaluate the case to fix errors in their investigation identified by the lower court in July.

The commission said the lower court’s judgment “raises important legal issues that are of relevance” to how its investigators apply state aid rules to tax planning cases. The commission has since 2013 tried to unearth what it deems to be the most problematic examples of otherwise legal individual tax agreements, or tax rulings, for companies.

Apple said the earlier ruling “categorically annulled” the commission’s decision and that “the facts have not changed since then.”

“We will review the commission’s appeal when we receive it, however it will not alter the factual conclusions of the General Court, which prove that we have always abided by the law in Ireland, as we do everywhere we operate,” Apple said.

Irish Finance Minister Paschal Donohoe said in a separate statement that the nation has “always been clear that the correct amount of Irish tax was paid and that Ireland provided no state aid to Apple.”

The commission, the EU’s executive arm, has already had to re-investigate some 40 probes following court decisions that picked apart its findings. That includes a case into Dutch tax arrangements for Starbucks Corp. and 39 investigations into Belgian tax pacts with companies including branches of Anheuser-Busch InBev SA, BASF SE and British American Tobacco Plc.

The greater victory for the EU attack on corporate tax evasion has been outside the courtroom.

Nations have slowly closed loopholes and ended structures that allowed multinational companies to cut their fiscal liabilities. A global push for more tax transparency was fueled in 2014 by the so-called Luxleaks revelations by a group of investigative reporters, who published thousands of pages detailing secret tax arrangements between Luxembourg and multinational companies including Walt Disney Co., Microsoft Corp.’s Skype and PepsiCo Inc.