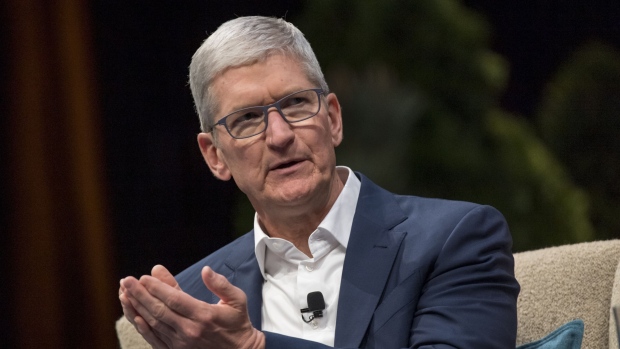 Apple Inc. Chief Executive Officer Tim Cook offered employees at most of its global offices the ability to work from home and called the coronavirus outbreak an “unprecedented event” and a “challenging moment.”

Cook told employees at several global offices to “please feel free to work remotely if your job allows” for the week of March 9 to 13, according to a memo Cook sent that was obtained by Bloomberg News. That extends the company’s move last Friday to encourage employees in California and Seattle to work remotely.

This policy impacts “areas with the greatest density of infections,” Cook said, applying to the company’s corporate offices in the Santa Clara Valley and Elk Grove areas in California, Seattle, South Korea, Japan, Italy, Germany, France, Switzerland, and the U.K.

Beyond encouraging work from home, Cook said Apple is “making a major effort to reduce human density and ensure those teams that are on-site can do their work safely and with peace of mind.”

Apple is implementing “new efforts to maximize interpersonal space and continuing, enhanced deep cleanings,” according to the memo. This includes reducing human density and occupancy at Apple classes and Genius Bar appointments at stores.

An Apple spokesman confirmed the details in the memo to employees.

Cook also said that hourly workers at affected offices globally will “continue to receive pay in alignment with business as usual operations,” following the same protocol that Amazon.com Inc., Alphabet Inc., and Facebook Inc. have implemented.

Apple’s top executive also told employees with a fever or cough to avoid coming to work until they have recovered, to wash their hands often, not touch their face, and follow quarantine procedures after returning from areas with infections.

Cupertino, California-based Apple is uniquely impacted by Covid-19 given its global presence and supply chain based in China. The spread of the virus forced Apple last month to remove its guidance of at least $63 billion in revenue for the March quarter. The company has already seen supply constraints for iPhones and iPad Pros due to the virus and analysts believe further product delays are possible.

The company was forced to temporarily shutter all 42 of its retail stores in mainland China, but nearly all locations have since re-opened. Still, the company has restricted travel to areas including China, South Korea, and Italy, Bloomberg News has reported.