Apple Inc.’s iPhone 13 debut was met with a stock slump on Tuesday, keeping with a tradition of poor share price performance on the day the devices are unveiled.

Shares of the technology giant sank after Apple executives including Chief Executive Officer Tim Cook presented the new lineup of phones and other devices. The stock fell 1 per cent to close at US$148.12 in New York trading. Prior to Tuesday, Apple’s shares fell on three-quarters of the days Apple unveiled new iPhones, according to data compiled by Bloomberg.

Excluding Apple’s 8.3 per cent rally on the day co-founder Steve Jobs announced the first iPhone in 2007, Apple shares have fallen an average of 0.8 per cent the day of a debut. The iPhone accounted for nearly half of Apple’s revenue in its last fiscal quarter.

The poor performance is probably the result of investors becoming accustomed to regular innovation from Apple and many of the details being reported prior to the presentations, according to Bespoke Investment Group.

“Any positive impact of a new release has typically already been priced into the stock,” the research company said in a note to clients on Monday. 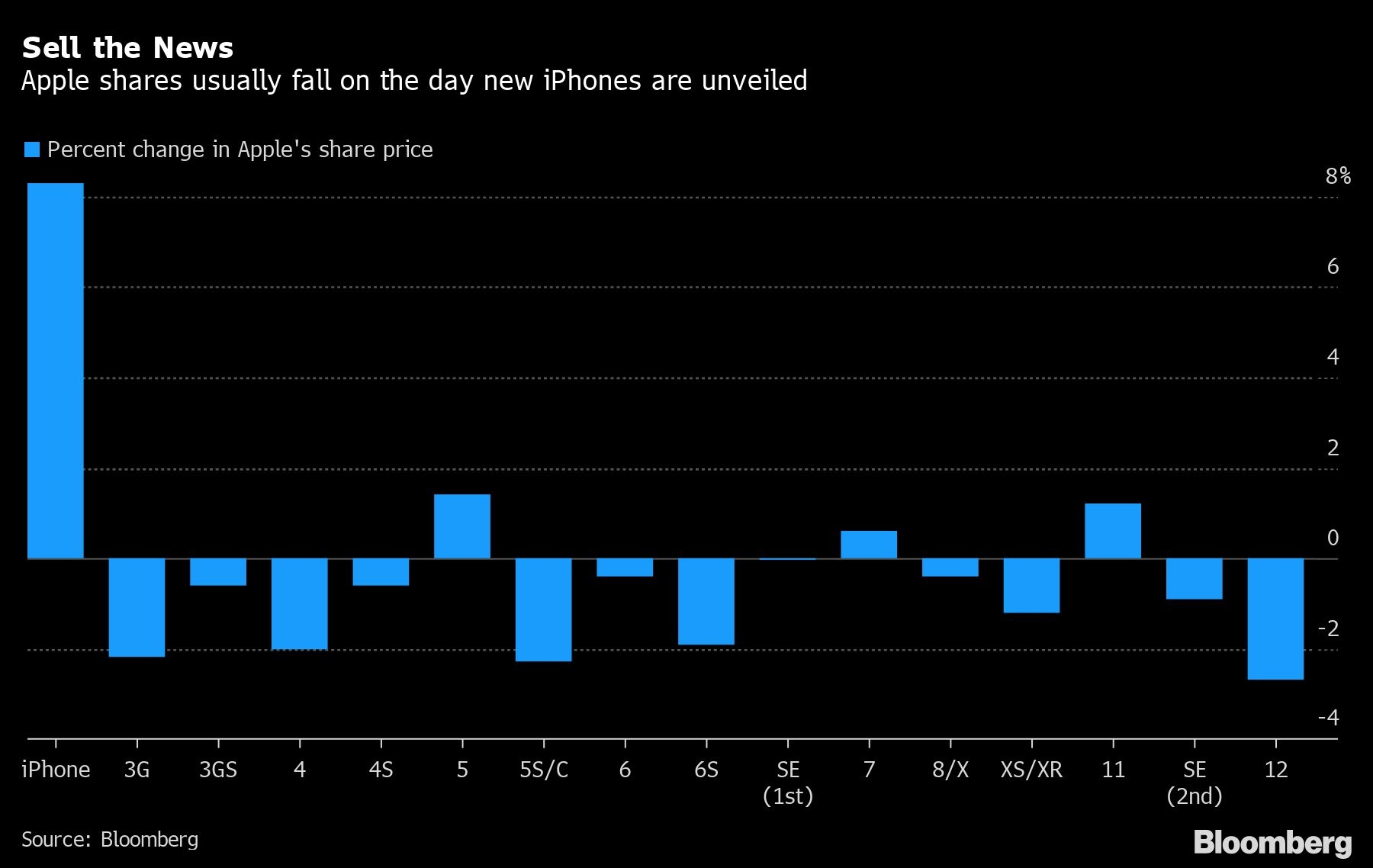 Apple shares have posted double-digit gains this year, on pace for their third annual climb, boosted by investor optimism on the company’s growth outlook. But the stock took a hit last week after a federal judge ordered Apple to alter its App Store business model.

The shares posted their biggest drop in four months after the ruling, with the selloff at one point wiping out US$85 billion in market value from the company.

Still, Wall Street is sanguine on the stock.

About 80 per cent of 47 analysts covering Apple have a buy rating on the shares, with only two recommending to sell it, according to data compiled by Bloomberg. On average, they expect Apple to climb another 11 per cent over the next 12 months as of Monday’s closing price.