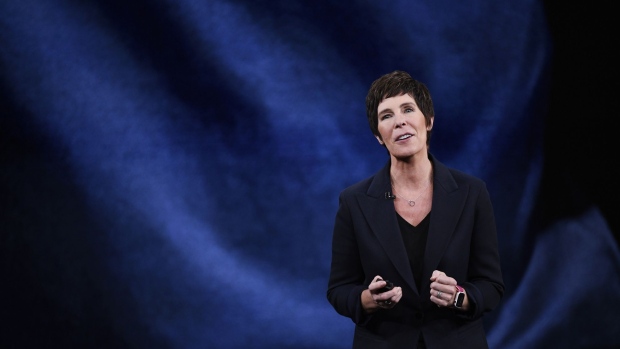 (Bloomberg) -- Apple Inc.’s retail chief, pushing back on a campaign to unionize stores, told employees that the effort could slow workplace progress and that third-party labor groups don’t share the company’s commitment to employees.

“It is your right to join a union -- and it is equally your right not to join a union,” Deirdre O’Brien, senior vice president of retail and human resources since 2019, said in a video to employees. “And if you’re faced with that decision, I want to encourage you to consult a wide range of people and sources to make sure you understand what it could mean to work at Apple under a collective bargaining agreement.”

The Cupertino, California-based company, which has about 270 retail stores in the US, declined to comment.

Apple is contending with unionization efforts in several parts of the US, including Washington state, New York City and Maryland. Earlier this month, Apple posted signs in break rooms within retail locations to reiterate its employee benefits while implying that some may disappear if stores become unionized.

O’Brien, a veteran Apple executive, said that the relationship between the company and its retail employees could suffer if stores are represented by unions. She also implied that the organizations may not be acting in the best interests of workers.

“We have a relationship that is based on an open and collaborative and direct engagement, which I feel could fundamentally change if a store is represented by a union under a collective bargaining agreement,” she said. “And I worry about what it would mean to put another organization in the middle of our relationship. An organization that doesn’t have a deep understanding of Apple or our business, and most importantly, one that I do not believe shares our commitment to you.”

“I don’t know if we could have moved as quickly under a collective bargaining agreement as it could limit our ability to make immediate, widespread changes to improve your experience,” she said. “Because the union would bring its own legally mandated rules that would determine how we work through issues, it could make it harder for us to act swiftly to address things that you raise.”