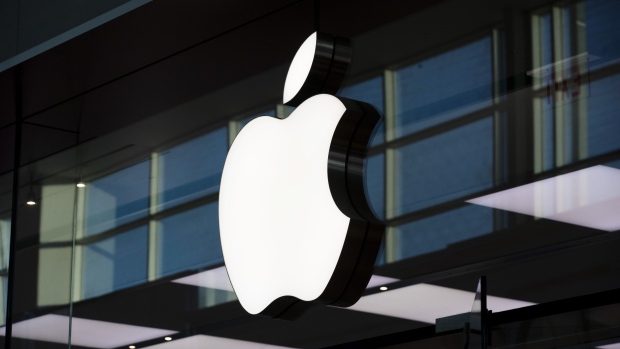 An Apple Inc. logo is displayed outside the company's store at Yorkdale mall in Toronto, Ontario, Canada, on Thursday, Aug. 22, 2019. , Bloomberg

Apple Inc. became the first publicly traded company valued at US$3 trillion on Monday, touching the historic milestone briefly after a weeks-long rally in its stock price. Yet for investors looking for a surefire bet as 2022 gets under way, the sudden surge ought to give them pause.

The climb has been striking. Since mid-November, as major stock indexes have stayed roughly flat, Apple shares have risen more than 20 per cent, bringing the company’s value to a once hard-to-fathom US$3 trillion, the first time a publicly traded company has reached that lofty milestone. To put it in perspective, that’s more than the gross domestic product of most countries. 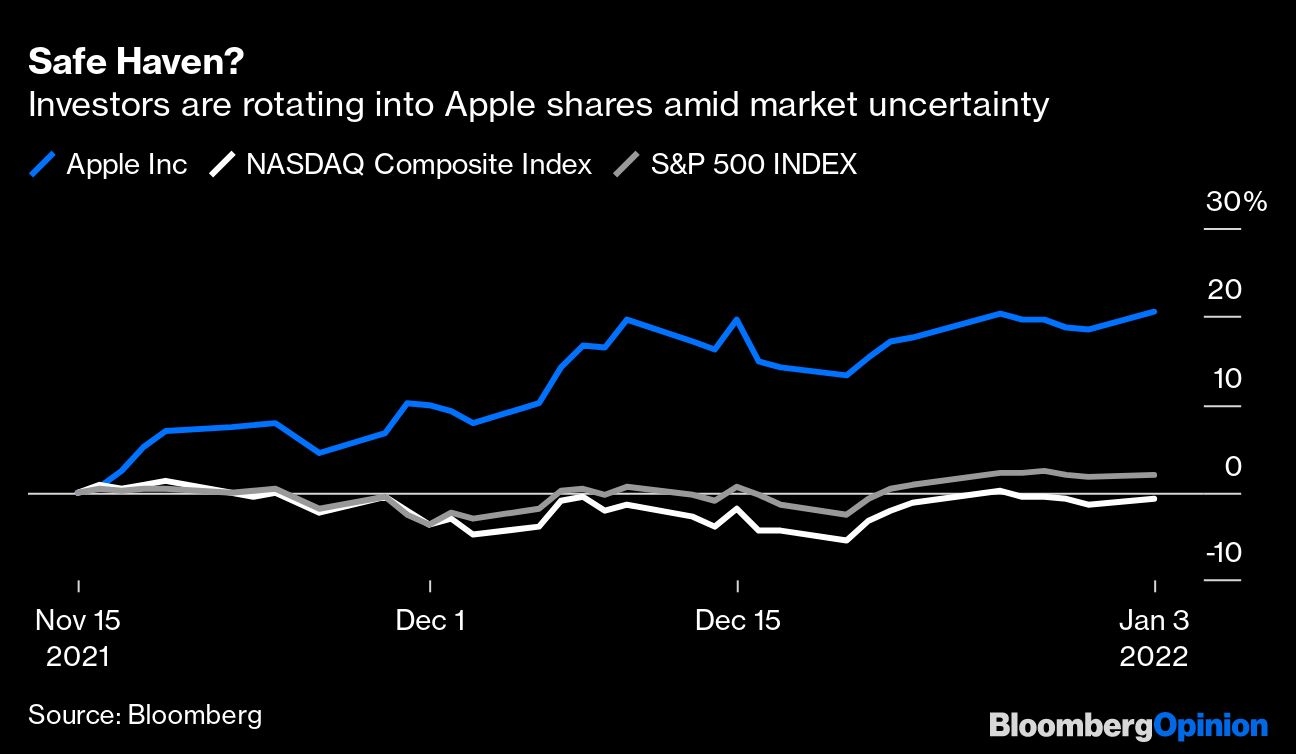 Some have suggested the surge in Apple shares can be explained as a safe-haven bet. As the Federal Reserve begins to withdraw monetary stimulus, the theory is portfolio managers are jettisoning growth stocks, whose price-to-sales ratios are shrinking, and seeking refuge in Apple as a cash or gold equivalent.

That mindset is understandable. With its fortress balance sheet of roughly US$190 billion in cash, Apple can withstand almost any grim economic scenario. But valuation and fundamentals eventually will matter again. On those fronts, the iPhone maker isn’t risk-free.

In fact, Apple is especially vulnerable to one of the biggest macroeconomic worries for 2022: inflation. Unlike software and internet firms, the company’s main business involves selling physical hardware products. That means if wages, shipping and raw material expenses continue to climb, Apple’s profitability will be crimped. Already, Apple has said it is feeling the effects of rising shipping costs.

And because iPhones and Macs are sold at high price points compared with their nearest rivals, the company has limited ability to raise prices much further. Many consumers can easily delay a US$1,000 smartphone purchase by holding on to their current iPhones for a while longer.

Beyond the external economic factors, it’s doubtful Apple’s prospects have improved dramatically to justify the latest rally. Remember that in late October, the technology giant missed analysts’ sales expectations for the three months ended in September, and Chief Executive Officer Tim Cook cautioned chip shortages would get worse in the holiday quarter.

The latest reports indicate this year doesn’t look much better. Late November at an investor conference, the head of AT&T Inc.’s wireless business said he expects customer growth won’t be as strong in 2022. That doesn’t bode well for Apple. The next day, Bloomberg News reported that the company has told its suppliers that iPhone demand is slowing.

Then there is valuation. Apple isn’t cheap. The stock is trading at around 30 times 2022 fiscal year’s earnings estimates, which is more than 50 per cent above its five-year historical average. While that ratio is similar to those of Google-parent Alphabet Inc. and Microsoft Corp., the other tech giants are forecast to show significantly more revenue growth in the coming year. Analysts expect Apple sales growth to slow dramatically from 33 per cent for fiscal 2021 to a sluggish 4 per cent in the current fiscal year.

Certainly, there is excitement over new products in the pipeline such as the Apple Car and augmented reality headsets. But it will be years before any of these offerings can move the needle for the multitrillion-dollar giant. The company is reportedly planning to release a self-driving car in 2025. But after years of delays and development troubles throughout the autonomous vehicle sector, that target hardly seems reliable.

Despite the stock price rally, Apple’s prospects for this year haven’t changed much. That makes the company’s high valuation more precarious.