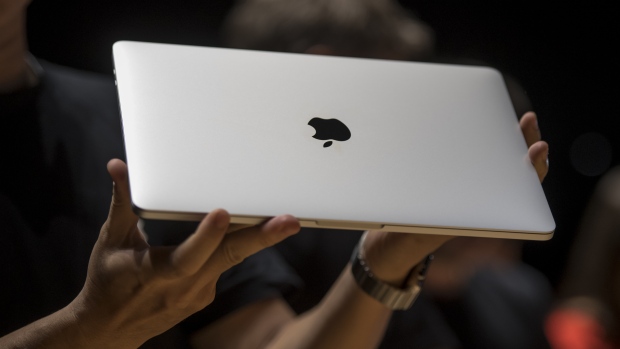 Apple Inc. plans to debut a new MacBook Pro laptop with a larger screen and revamped keyboard as soon as Wednesday, according to people familiar with the situation.

This will be the first major update to the MacBook Pro line since it was redesigned three years ago. The new, brighter screen will come in a 16-inch version, up from the current 15-inch option, said the people, who asked not to be identified discussing unannounced products. The display will likely appeal to video and photo editors, gamers and software developers.

The new keyboard is designed to be more reliable. Some MacBook laptops have been criticized by users in recent years for sticky keys and other problems, prompting Apple to start a keyboard repair program.

The 16-inch MacBook Pro will replace the current 15-inch model, which starts at US$2,399. The new laptop will cost about the same and is expected to go on sale this week, the people said. It won’t be the last Mac launch of the year. Apple plans to release the revamped Mac Pro desktop computer in December, one of the people said. An Apple spokesman declined to comment.

The Mac continues to be a steady seller for Apple, generating roughly US$25 billion in annual revenue. This is despite the company pushing more-portable devices such as the iPad and iPad Pro.

The MacBook Pro laptop is Apple’s highest-end portable computer and it is differentiated by faster processors and larger screens. The new models will have main processors from Intel Corp., not Apple-made chips that it plans to add to at least some computers as early as next year, Bloomberg News has reported.

The MacBook Pro and Mac Pro will cap a year of Apple product releases that also included the iPhone 11 line, Apple Watch Series 5 and AirPods Pro.