Apple to slash production of its iPhone SE by 20% in the next quarter: Report

Apple Inc. looks set to snap its longest win streak this year after a report that the iPhone maker is cutting production of its entry-level smartphone by a fifth amid lower demand for consumer electronics.

After nine straight sessions of gains, the stock fell as much as 1.6 per cent Monday, moving it further away from fully erasing its year-to-date drop. As of Friday’s close, the stock was down just 1.6 per cent in 2022.

The Cupertino, California-based company plans to reduce output of iPhone SEs by about 20 per cent next quarter compared with its original plan because of signs that consumer-electronics demand is being hurt by the war in Ukraine and rising inflation, Nikkei reported, citing unidentified people. The company told multiple suppliers it was lowering production orders by 2 million to 3 million units for the quarter, according to the report. 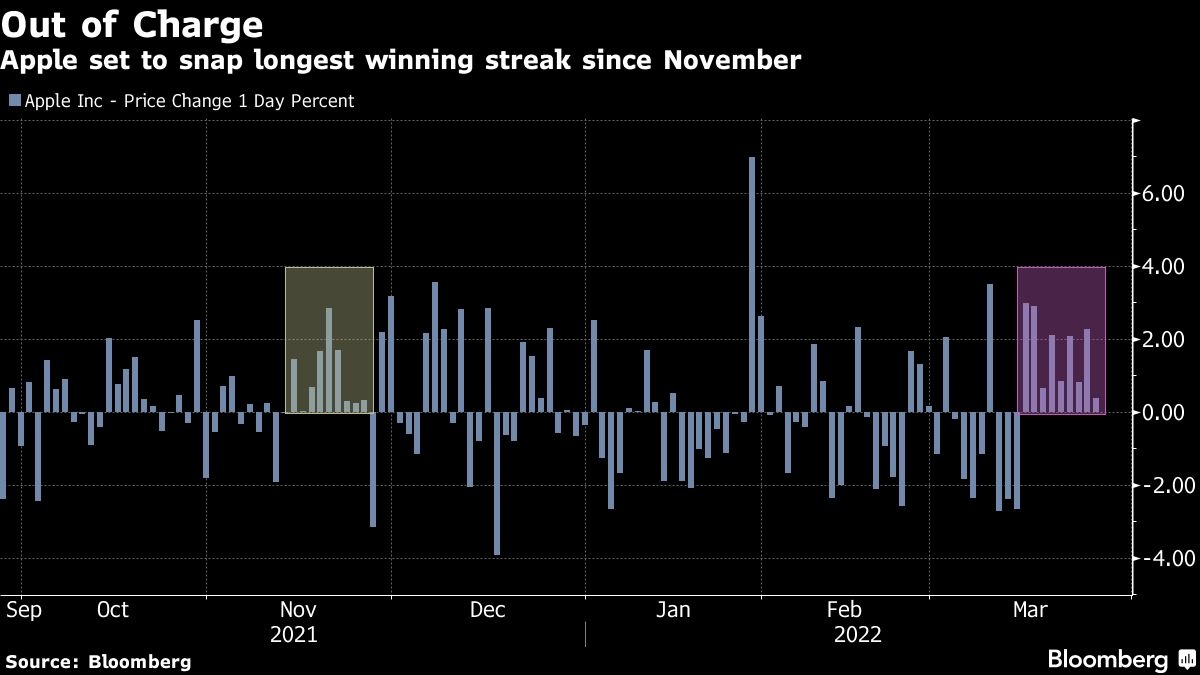 Apple this month updated its iPhone SE line for the first time since 2020 and added 5G network support, possibly in an effort to persuade consumers with older iPhones to upgrade and lure Android users.

The company also cut orders for its AirPod earphones by more than 10 million units for 2022, according to the Nikkei report. Since their 2016 launch, AirPods have become the most widely sold truly wireless earphones, helping Apple grab more than 25 per cent global market share, according to research firm Counterpoint.

Shares of some Apple suppliers also fell, with Qorvo Inc. down 3.3 per cent and Varta AG declining 6.5 per cent after the Nikkei report.

While the hardware segment has been the company’s mainstay for years, Apple has been aggressively building out its services business with subscription for games, music and video streaming.

Wedbush analysts wrote that this (award) “should significantly bolster its subscriber base while attracting more A+ Hollywood talent to its platform for future projects.”