Companies like Meta are at risk of losing a piece of the 'pie' to emerging companies: Angelo Zino

Even as Apple Inc. contends with rising inflation, cooling consumer demand, the strengthening dollar and lockdowns in China, its share price has surged in recent weeks and is heading for its biggest monthly gain in almost two years, up 15 per cent in July. 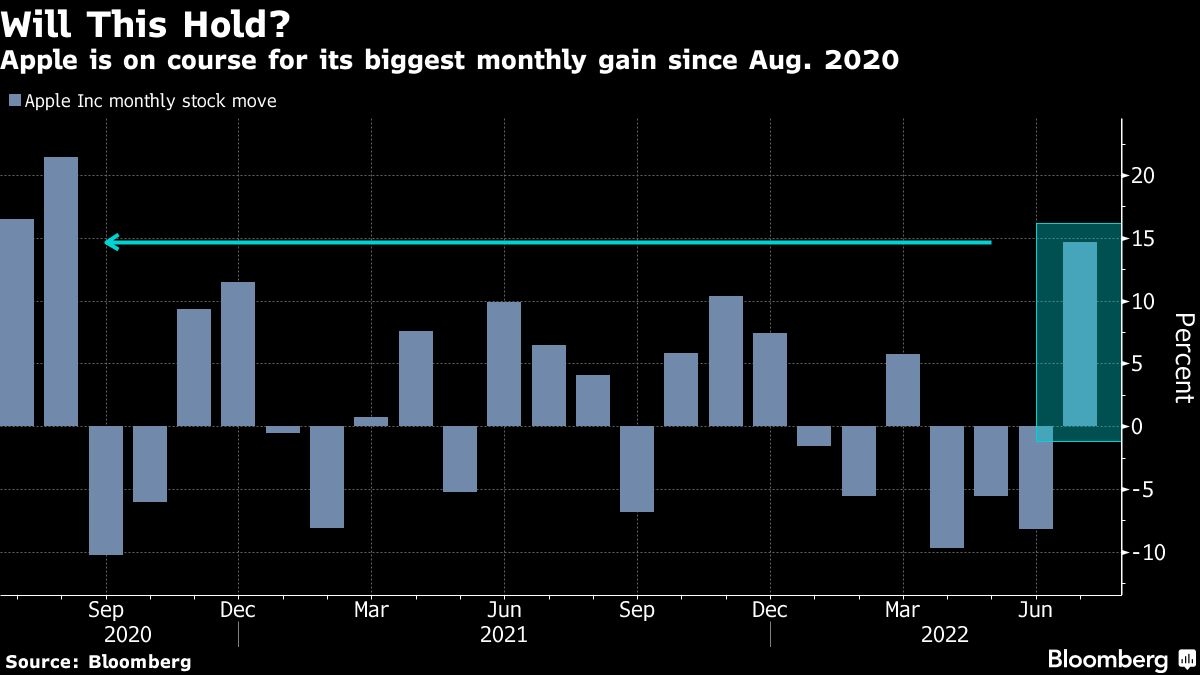 The shares have beaten those of Microsoft Corp., Alphabet Inc. and Amazon.com Inc. this month, and also are dwarfing gains in the S&P 500 and Nasdaq 100 indexes. With the US flirting with a recession and data showing the economy shrinking for a second straight quarter, Apple is a household name investors are comfortable with.

“Apple is outperforming because it’s a place of safety for investors,” said Gene Munster, who covered Apple and Google during his 21-year career as an analyst at Piper Jaffray Cos. before co-founding venture-capital firm Loup Ventures. “Every company will be impacted by the upcoming slowdown. Apple should fare better.”

The rally means investor expectations are high for the company’s quarterly earnings, due after the market close Thursday. Surprisingly positive results from Microsoft and Google parent Alphabet also have upped the ante for Apple.

To be sure, sales growth at Apple has been slowing for five straight quarters, with the company warning in April that supply issues stemming from lockdowns in China would curb revenue by US$4 billion to US$8 billion in the third quarter that ended June 30 -- leading analysts to project the smallest revenue increase since 2020.

The bullish case hinges on the slowdown not getting much worse, so Wall Street will be listening closely as Chief Financial Officer Luca Maestri outlines trends for the current quarter and possible further effects from China and supply issues.

With inflation surging, consumers are more mindful of expensive buys like smartphones, tablets and laptops. Mid-tier smartphone makers have seen a dip in demand, and global handset shipments fell 9 per cent in the second quarter, according to estimates from Counterpoint Research. Apple is still finding ways to fuel demand for its line of premium products.

“Chinese brands were impacted due to weaker demand amid lockdowns in parts of China, but in the US, we’re still seeing the demand for Apple devices holding up, driven by strong carrier promotions,” said Hanish Bhatia, an analyst at Counterpoint.

Apple also has joined Microsoft and Alphabet in slowing hiring and reining in spending as it braces for an economic downturn. The company hasn’t issued a formal financial outlook since the onset of the pandemic.

This year’s market selloff has made Apple stock relatively cheaper at about 24 times estimated earnings, though the shares are comfortably above their 10-year average of 16.6 times. Meanwhile, the Nasdaq 100 sits at 21 times estimated profit.

“Apple still can get into large markets around wellness, AR and auto that can keep the company’s growth rates moving higher for the next decade,” Munster said. “That means investors can sleep well at night, and that is the core reason why shares of Apple have outperformed.” 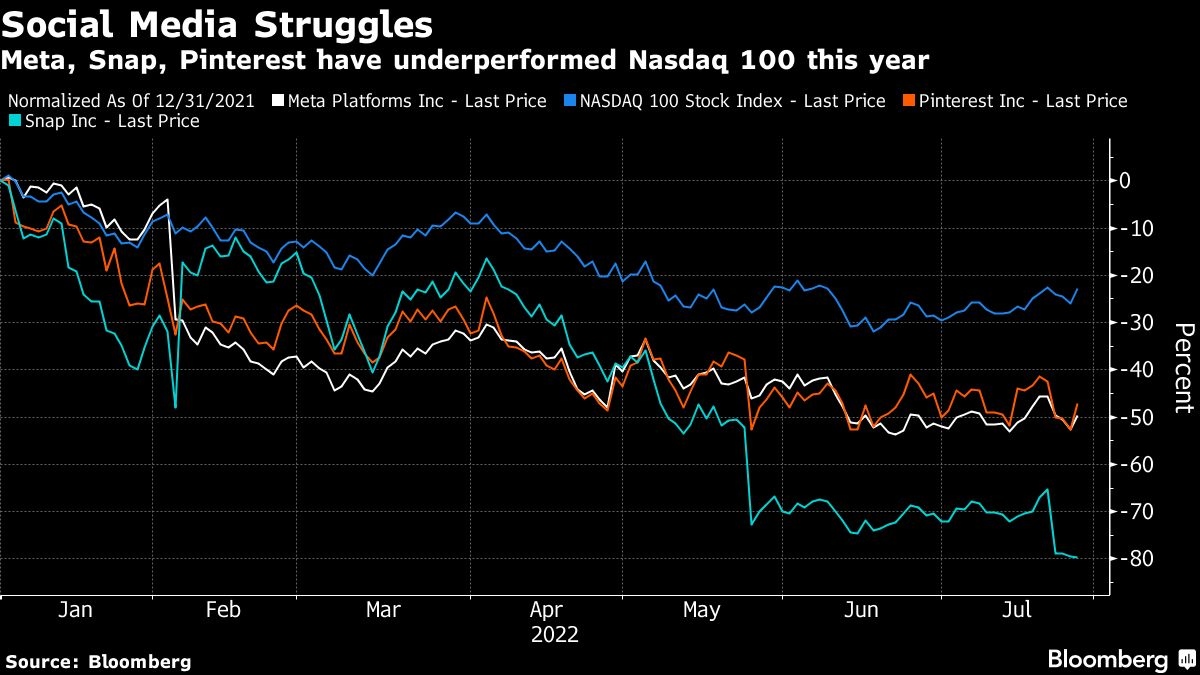 Three out of the four major US social media companies have reported results, and it’s clear that the slowing economy and cooling ad spend are hurting their businesses. Shares of Snap Inc. tumbled 39 per cent following its quarterly report, while those of Meta Platforms Inc. are down 8.1 per cent Thursday after the Facebook owner posted its first-ever sales decline. Only Twitter Inc., which received a takeover bid from billionaire Elon Musk in April, is outpacing the tech-heavy Nasdaq 100 Index this year.