Apple’s price target was raised to US$300 from US$250 at Citi, which reiterated its buy rating on the iPhone maker and forecast strong results in the company’s holiday quarter.

Analyst Jim Suva cited the company’s “pricing strategies and recent demand trends” as factors that “augur for a better Christmas quarter” than last year, when Apple cut its revenue forecast. The consensus is “underappreciating the Apple Watch and Apple AirPods demand strength,” he wrote, adding that Apple’s services business would also grow and help margins.

Suva sees upside to both earnings and sales, but doesn’t see an expansion in Apple’s valuation multiple expansion as this “has already expanded materially.”

Shares of Apple are up nearly 70 per cent thus far this year, putting the company on track for its biggest one-year gain since 2009. The stock rose as much as 1.2 per cent on Thursday.

Citi’s revised target implies upside of nearly 15 per cent from Apple’s Wednesday close. The average price target for the stock is US$260, which is slightly below the most recent close, according to data compiled by Bloomberg. Currently, 27 firms recommend buying Apple shares, while 14 have a hold rating on the stock and seven recommend selling it.

Apple’s first-quarter results are expected to be released on Jan. 28. 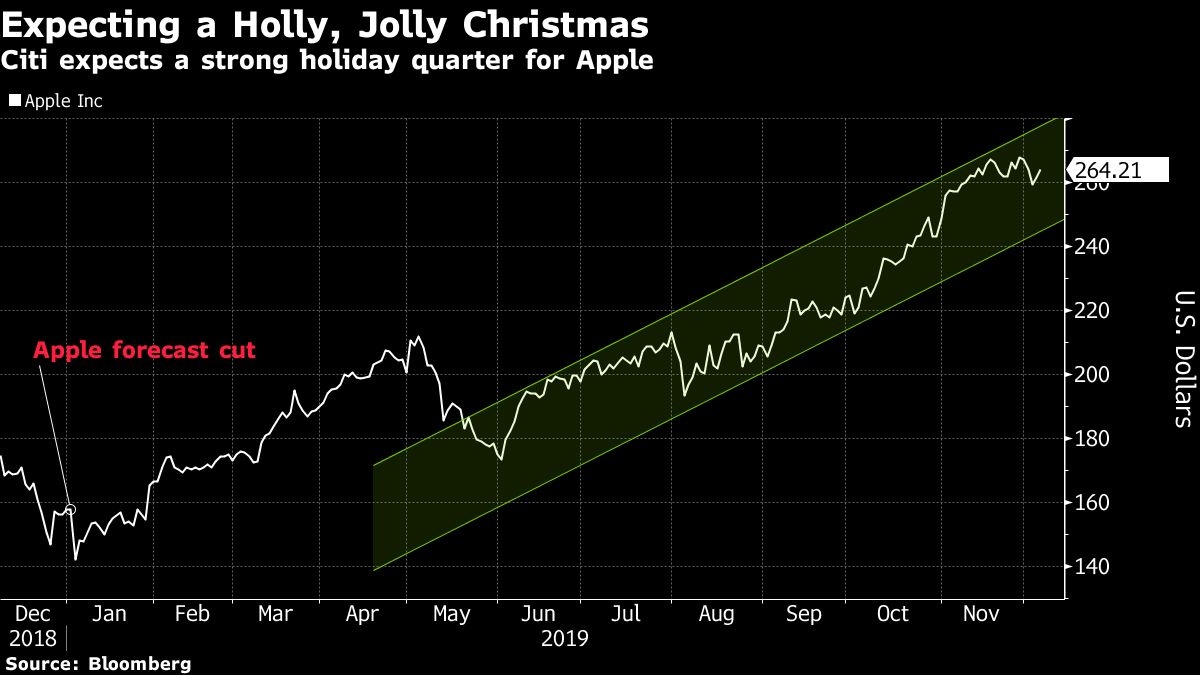