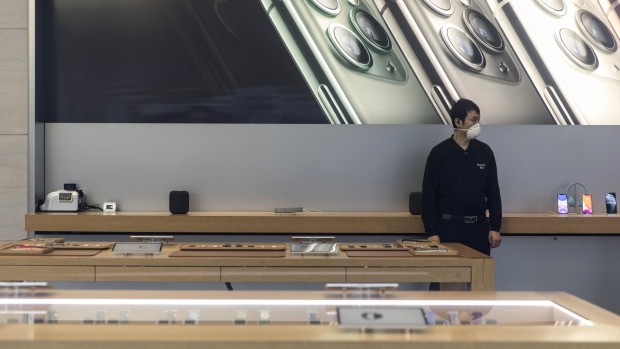 Apple Inc. doesn’t expect to meet its revenue guidance for the March quarter due to work slowdowns and lower demand due to the outbreak of novel coronavirus in China.

“Work is starting to resume around the country, but we are experiencing a slower return to normal conditions than we had anticipated,” the company said in a statement Monday. Apple said global iPhone supply will be “temporarily constrained.” All manufacturing partner facilities have reopened, but they are ramping up more slowly than expected.

Apple also said demand for its products in China has been affected by store closures and reduced customer traffic. All of Apple’s stores in China, as well as many partner stores, have been closed as the country tries to prevent the virus from spreading.

Apple had forecast revenue of US$63 billion to US$67 billion for the fiscal second quarter ending in March. Analysts on average estimated US$65.23 billion, according to data compiled by Bloomberg.