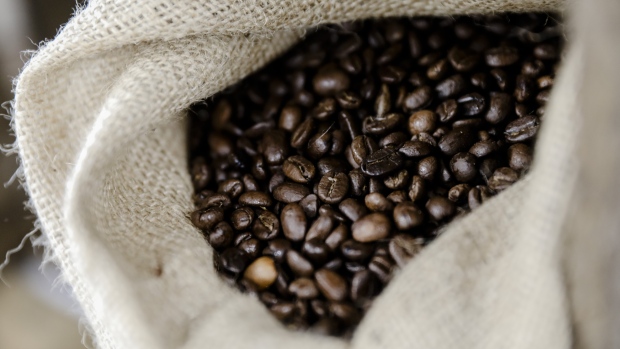 A pile of coffee beans sit at a facility in Jacutinga, Minas Gerais state, Brazil, on Monday, Feb. 26, 2018. Brazil is the world's biggest grower and exporter of the highly-prized arabica beans. Growers in Minas Gerais are optimistic for the 2018 season, as most trees enter what's typically the higher-yielding half of a biennial crop cycle. , Bloomberg

Coffee headed for the biggest quarterly loss in five years in New York on concern that the global health crisis is hurting demand.

Arabica futures tumbled 16 per cent since the end of March as lockdowns and a global economic slowdown hurt consumption at a time when Brazil is harvesting a record crop. Money managers are also turning increasingly bearish and are now holding their biggest net-short position in more than seven months.

Arabica for September delivery rose 3.8 per cent to US$1 a pound on Monday, but is still near the lowest since October for a most-active contract. Robusta coffee gained 2.3 per cent, trimming its quarterly loss to 0.6 per cent.

The market is finding some support from a recent surge in Amazon.com Inc.’s coffee sales -- showing how consumers have turned to online buying -- and news that Brazil has already sold 60 per cent of its 2020 crop, according to Rabobank International.

“News that much of the Brazil crop is already sold and strong internet sales have been supportive for arabica coffee, but the weakening demand and recession environment should put a lid on price upside,” said Carlos Mera, an analyst at Rabobank in London. 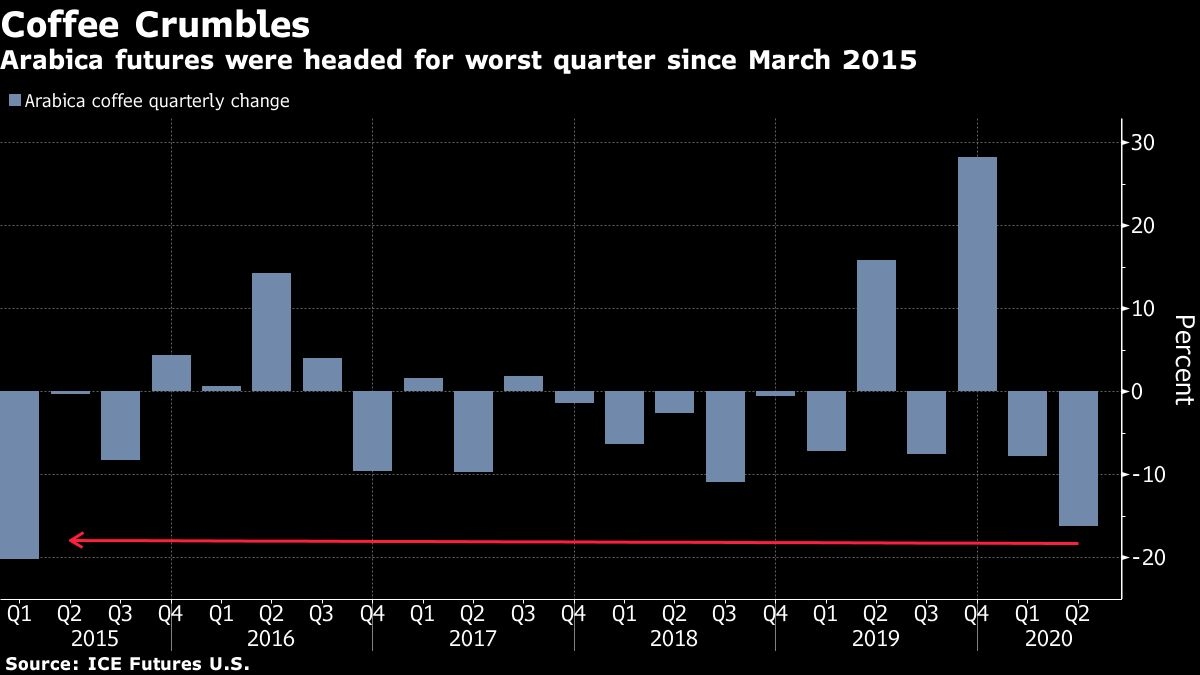 Prices may bottom once there’s more clarity on how online, food delivery and drive-through restaurant sales have fared, according to Toby Donovan, a trader at Group Sopex in London.

“The market has likely overacted to the downside on the basis of demand destruction, when in fact what we have seen is just a shift in the demand landscape,” he said.

In other soft commodities, sugar and cocoa declined in London and New York on Monday.