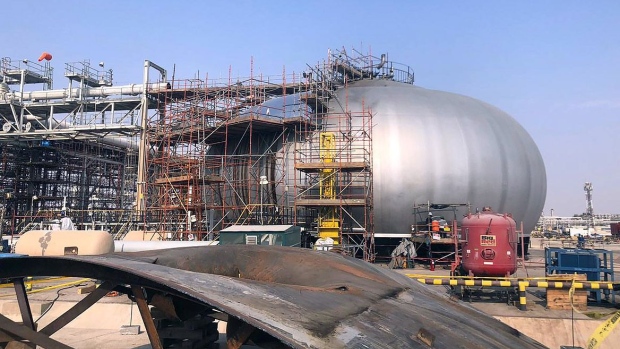 Saudi Aramco is exploring ways to reward loyal investors in its initial public offering to ensure the record share sale isn’t followed by a wave of selling, people with knowledge of the matter said.

One potential measure that Aramco has discussed with Saudi regulators is whether it could offer bonus shares to retail stock buyers who keep their holdings for six months, one of the people said. Aramco is looking to reduce market volatility after it begins trading as well as provide a benefit to mom-and-pop buyers who expect a windfall from local listings, the people said, asking not to be identified because the information is private.

Aramco faces a delicate balance as it seeks to push its IPO valuation as close as possible to US$2 trillion — a figure that’s been met with skepticism from many professional investors — while making sure it’s attractive to potential Saudi buyers. It’s planning to rely more on local funds after mixed feedback from international money managers forced the company to delay the offer’s kickoff, Bloomberg News reported this week.

The company also has to deal with the expectations of domestic retail investors, who have received discounted shares in previous government privatizations as a way of redistributing wealth in the kingdom. That’s harder to achieve now that the market has opened to foreign institutions, and Saudi Arabia needs to raise cash to fund plans to diversify the economy.

Aramco wants to ensure that its share price isn’t depressed by too many immediate sales from individual investors eyeing quick gains, the people said. It wasn’t immediately clear whether local regulators would approve the measures Aramco is proposing, or if it would be practical to offer benefits to only certain types of investors at the expense of others.

The company could also give favorable allocation to long-term investors placing orders in the IPO, according to two of the people. The company is discussing a range of options, and there’s no certainty it will decide to proceed with any incentives, the people said.

The company, whose full name is Saudi Arabian Oil Co., declined to comment. Representatives for the Saudi bourse, known as the Tadawul, and the kingdom’s Capital Market Authority didn’t immediately respond to requests for comment.

Saudi Arabia has been seeking investments from the kingdom’s wealthiest families for the IPO, some of whom had members held in the Ritz-Carlton hotel in Riyadh during a 2017 corruption crackdown, Bloomberg News reported in September. Aramco is considering making a formal announcement of the listing plan as soon as the next few weeks as it pushes to complete the listing this year, people with knowledge of the matter have said.

There’s widespread speculation among investors in Saudi Arabia that government-related funds prop up the market when times are bad. About a year ago, there was talk that funds with links to the Saudi government swooped in during the fallout from the murder of Saudi critic Jamal Khashoggi. Many traders also assume Aramco shares won’t be allowed to perform badly, especially given the hype around the IPO.

--With assistance from Dinesh Nair.