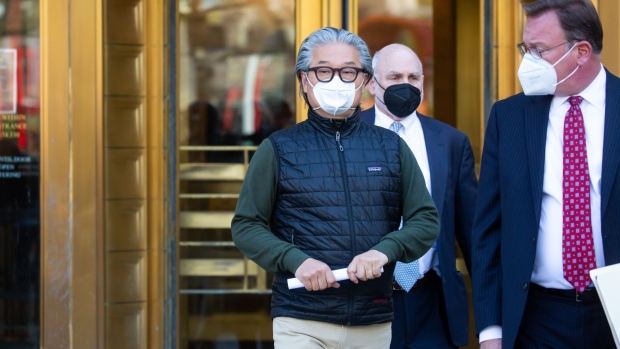 (Bloomberg) -- Bill Hwang’s Archegos Capital Management asked a judge to throw out a suit by the Commodity Futures Trading Commission, claiming the regulator lacks jurisdiction over it.

Archegos claimed in a filing Friday that the CFTC has no authority to regulate the shares and swaps through which the firm made its investments. Only the Securities Exchange Commission, which is also suing Archegos, has jurisdiction over those instruments, the firm claimed.

The CFTC is trying to “manufacture jurisdiction over the case,” Archegos said in its motion to dismiss filed in federal court in Manhattan.

Both the CFTC and SEC sued Archegos in April, at the same time Hwang and former Archegos Chief Financial Officer Patrick Halligan were arrested and charged by Manhattan federal prosecutors with fraud connected to the family office’s multibillion-dollar collapse. Both men have pleaded not guilty.

The civil cases are both before US District Judge J. Paul Oetken. Archegos on Tuesday also asked Oetken to dismiss the SEC suit, arguing the regulator’s claim of market manipulation was improper because it was based on the actions of counterparties instead of Archegos itself. Hwang separately argued that the SEC case against him should be dismissed because his trading was lawful.

The court filings this week provide a window into some of the legal defenses that Hwang and Halligan may deploy against criminal charges that have been made against them.

Archegos used swaps rather than common stock to stealthily amass huge positions. The wagers by Hwang set off panic on Wall Street in March 2021 when he was unable to make payments due on risky bets he made using billions of dollars lent to him by major banks. The resulting meltdown left lenders in Europe, Asia and the U.S. with more than $10 billion in losses.