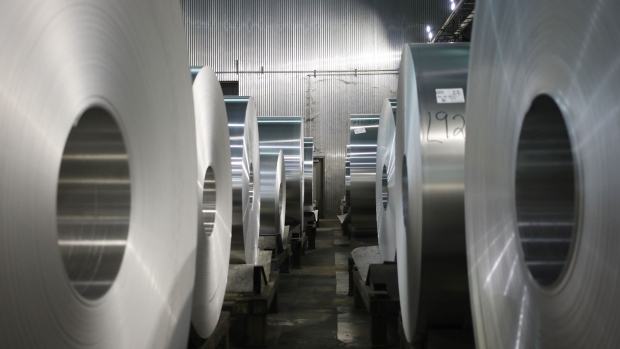 Aluminum coils in a cooling area at the Arconic manufacturing facility in Alcoa, Tennessee, U.S., on Wednesday, March 9, 2022. Metals including aluminum and copper have soared to record highs following Russia's invasion on fears of disruptions to trade flows. Photographer: Luke Sharrett/Bloomberg , Bloomberg

(Bloomberg) -- Arconic Corp. said it will sell its Russian operations, joining the exodus of US companies after the invasion of Ukraine made doing business in the region “untenable.”

The Pittsburgh-based aluminum-sheet manufacturer expects to record a charge of as much as $500 million related to the move. Arconic decided to sell its facility in Samara, Russia, following a review of strategic alternatives prompted by limitations imposed by the country’s government, according to a statement Thursday.

“Sadly, the conflict in Ukraine has made our operation in Russia untenable,” Chief Executive Officer Tim Myers said in the statement.

Arconic shares were unchanged in late trading in New York.