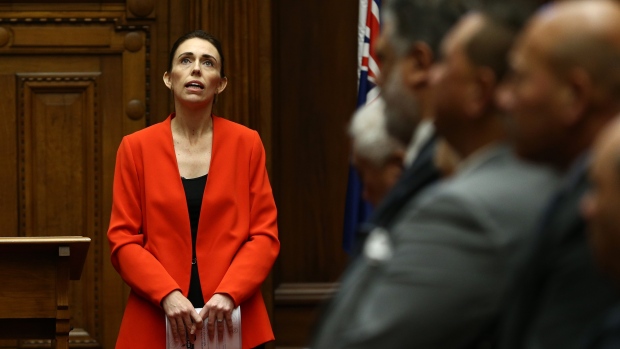 The government will introduce legislation to ensure gun ownership is restricted to responsible users, and seek to stop the flow of guns into the black market, Prime Minister Jacinda Ardern said Friday. The bill will include a register to track every firearm, and will shorten the duration of a gun license to five years from 10 years, according to a government statement.

Ardern moved within days of the March 15 shootings to ban military style semi-automatics and assault rifles, and her government commenced a buyback of those weapons in June. She said the attacks exposed weaknesses in existing gun laws that her government would address.

“We know that the majority of gun crime is committed by people without a license, with firearms that have either been stolen or traded illegally,” she said in a statement Friday. “Owning a firearm is a privilege not a right. That means we need to do all we can to ensure that only honest, law-abiding citizens are able to obtain firearms licenses and use firearms.”

The bill includes new offenses and penalties for illegal manufacture and trafficking of weapons, or for falsifying, removing, or altering markings. The fine for supplying a firearm to an unlicensed person rises to NZ$20,000 ($13,000) from NZ$1,000, and that offense may now also result in up to two years in prison.

Police will also introduce a stronger vetting system for those seeking to obtain or renew a gun license, with extra scrutiny on those who have mental health issues, have been involved in drug abuse or have displayed extremist views.

To contact the reporter on this story: Tracy Withers in Wellington at twithers@bloomberg.net

To contact the editors responsible for this story: Matthew Brockett at mbrockett1@bloomberg.net, Chris Bourke, Edward Johnson