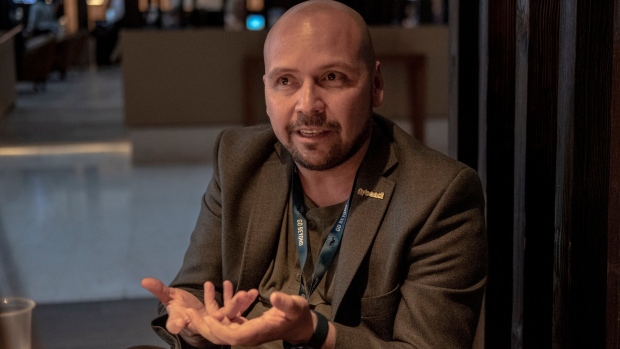 (Bloomberg) -- Argentina’s low-cost airline Flybondi is doubling down on its bet that local and regional travel will continue growing at a fast clip.

Buenos Aires-based FB Lineas Aereas plans to reinvest its profits to boost its fleet to 17 by the end of next year after doubling its planes in 2022 to 10. The carrier put out a “request for proposals” to airplane lessors for five Boeing 737-800 aircraft that would start operating next year, Chief Executive Officer Mauricio Sana said in an interview.

“Our objective goes beyond recovering pandemic levels, but rather, to reactivate the growing local domestic market,” he said. “And we’re investing to make it happen.”

The closely held carrier started operating in 2018, when discount airlines were first allowed to fly in Argentina, boosting competition for flagship carrier Aerolineas Argentinas. Flybondi has doubled its market share for domestic routes to 17% since 2019. It holds a 5% market share for international flights. The company is projecting that the local market will grow to 18 million passengers in 2023 and to 30 million in eight years, up from 11 million this year.

Argentina’s travel industry was among the hardest hit in the world during the coronavirus pandemic, with international and provincial borders closed until the fourth quarter of 2020. Domestic and international air travel remains below pre-pandemic levels in the country, even as other markets in Latin America and the Caribbean rebounded, according to September data from the Latin American and Caribbean Air Transport Association.

The downturn forced Flybondi to temporarily scrap a plan to add a plane to its fleet and slash executive salaries.

Two years later, the company is moving full-steam ahead, with occupancy rates above 90% and 500 employees hired this year. Flybondi operates 22 routes, 19 domestic and three regional ones, and all of them are profitable thanks to planes that fly up to six times a day. The company plans to to open more routes in 2023, to a point where it will have a least one route to each province, Sana said.

Financing from its original investors or the bond market “isn’t an option” at this point, so efficiency is key, he said. The company is also not currently seeking alliances with other airlines.

“We’re looking to consolidate our footprint, and that path will continue in 2023 and 2024, so I don’t think we’d be looking to tap public markets before that,” he said. “We dream of an IPO, but I think we’re several few years away from that.”

The biggest challenge of operating in a country with inflation approaching 100% annually, high unemployment levels and multiple exchange rates is not having a clear, predictable framework to operate, he added.

The company is selling tickets via blockchain technology through a partnership with crypto startup TravelX  that began in September. The technology allows travelers to transfer or resell their tickets, and so far only transfers have been carried out.

“Flybondi is a company that has innovation in its DNA, we seek it out all the time,” Sana said on the partnership. “We see this as an opportunity to innovate and improve the product.”