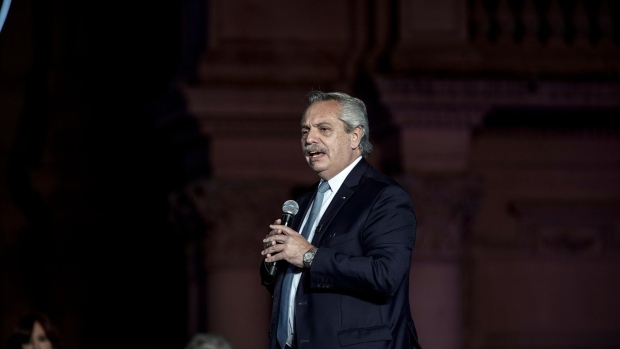 (Bloomberg) -- Argentina sharply reduced its budget deficit in 2021 as President Alberto Fernandez tries to cut down on spending amid talks with the International Monetary Fund.

The so-called primary deficit, which excludes interest payments, fell to 3% of gross domestic product from 6.5% in 2020. The figure, boosted by proceeds from a wealth tax, was also below the economy ministry’s estimate for a 3.5% gap.

Economy Minister Martin Guzman says he wants to eliminate primary fiscal deficits by 2027 as part of a deal to refinance about $40 billion owed to the IMF. The Washington-based lender, meanwhile, says it needs to see an economic plan that lays out how that target would be met and how inflation and capital outflows would be reduced.

Argentina expects a primary deficit of 3.3% this year, according to estimates in its proposed budget for 2022.