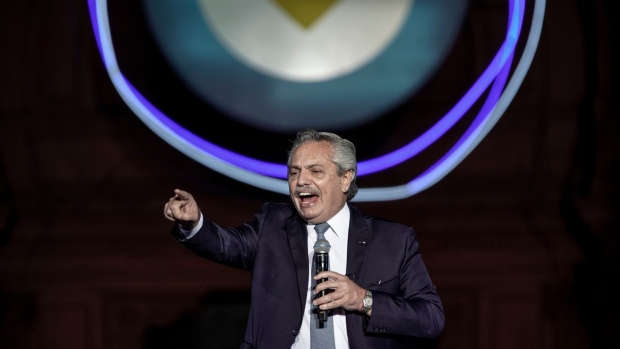 Batakis inherits a long list of economic challenges and the government’s $44 billion program with the International Monetary Fund. The announcement capped more than a day of suspense and uncertainty sparked by Martin Guzman’s resignation following two and half years in the top economic job.

Batakis was the economy minister of Buenos Aires province from 2011 to 2015 under then-governor Daniel Scioli, a far-left coalition leader who recently became production minister.

The appointment was made after Fernandez met for hours Sunday with Lower House Leader Sergio Massa. Vice President Cristina Fernandez de Kirchner, who is publicly critical of the president and his economic team, spoke to him Sunday evening by telephone, local media reported.

Crisis-prone Argentina is currently battling inflation at over 60%, with nearly 40% of the population living in poverty and the economy forecast to enter a recession this year. The central bank has razor thin cash reserves that it’s struggling to build up amid low credibility and high prices on energy imports and the country’s bonds trade in distressed territory.

Markets will be watching for clues on Batakis’ economic agenda, the IMF program and how she plans to navigate a divided ruling coalition that ended Guzman’s tenure.