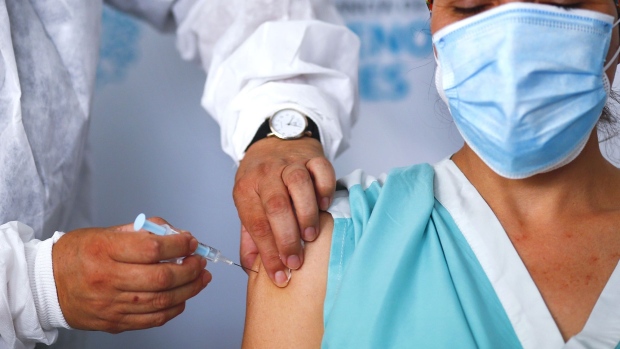 (Bloomberg) -- The Argentine government complained to Russia over delays in delivering its Sputnik V vaccine, saying the lack of supplies has left the South American country in a “very critical situation,” putting the government at risk.

In an email dated July 7, Cecilia Nicolini, an adviser to President Alberto Fernandez, wrote that Russia hasn’t made good on commitments to deliver the second dose of its Sputnik vaccine. The email, first reported by newspaper La Nacion on Thursday, warns Russian authorities that the shortages “are leaving us with very little options to continue fighting for you and this project!”

“We are facing legal prosecution due to these delays as public officials, putting at risk our government,” Nicolini wrote to Anatoly Braverman, first deputy CEO at the state-run Russia Direct Investment Fund, referring to a conversation between Argentine and Russian officials. “We are again in a very critical situation.”

The Argentine government has been one of the earliest and most enthusiastic users of Russia’s Sputnik and started inoculating its citizens against Covid-19 with the Sputnik V vaccine outside of trials in late December. As of Wednesday, the country received almost 12 million doses of the vaccine, including 9.4 million of the first shot and 2.5 million of the second.

Russia’s struggle to produce the second dose has left a gap in the number of Argentines able to complete the inoculation by the recommended period of three months.

In the email, Nicolini, who has led vaccine negotiations for the country alongside Health Minister Carla Vizzotti, wrote that Argentina is waiting for an additional 18.7 million Sputnik doses in total. She also said that Fernandez has recently issued a decree that enables the government to sign contracts with U.S. vaccine producers and receive donations from that country.