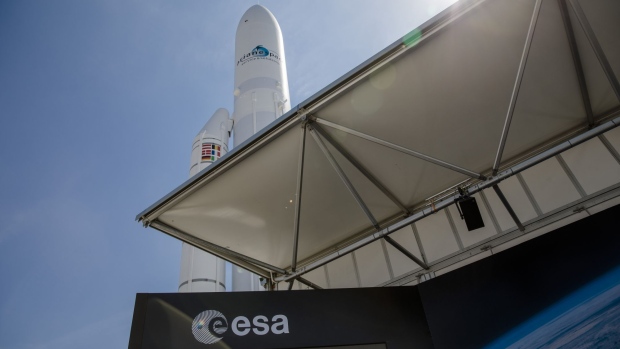 (Bloomberg) -- Arianespace delayed the launch of its Ariane 5 flight VA253 for a second time in a week, after aborting a July 31 attempt because of technical issues.

The countdown was halted because of the unexpected behavior of a sensor inside the vessel’s liquid hydrogen tank, the company said in an emailed statement on Saturday. The sensor is being replaced and a new flight program is being uploaded to the launcher, operations that will take several days.

The company will announce a new target launch date on Aug. 3.

The flight was first delayed on July 25 because the company needed to carry out additional technical checks. It is supposed to lift satellites for Intelsat, B-SAT and Northrop Grumman’s SpaceLogistics into geostationary orbit.