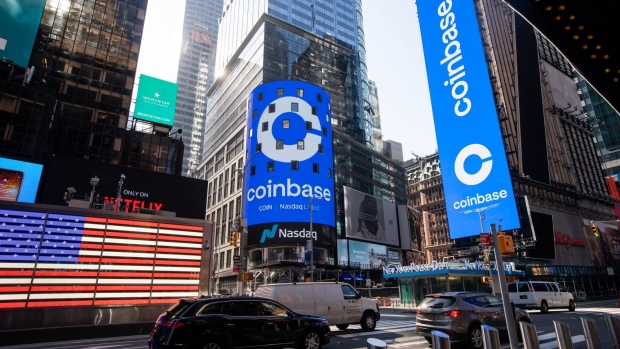 (Bloomberg) -- Cathie Wood’s funds have snapped up about $352 million worth of shares in the biggest U.S. cryptocurrency exchange Coinbase Global Inc. over two days, as the stock’s turbulent start continues.

Wood’s funds, including her flagship Ark Innovation ETF, bought 341,186 shares in total on Thursday, according to data released by the funds in an email. That takes Ark Investment Management LLC.’s Coinbase purchase past 1 million shares. The stock closed 1.7% lower on Thursday, valuing the exchange operator about 43% lower than the $112 billion it hit in debut.

Ark Investment, founded by Wood in 2014, invests in companies involved with disruptive trends, which means it has a limited pool of targets in which to deploy that money. Concerns have swirled around the New York-based firm in recent months on concentration risks after a stellar year saw ETF assets surge at one point to more than $60 billion.