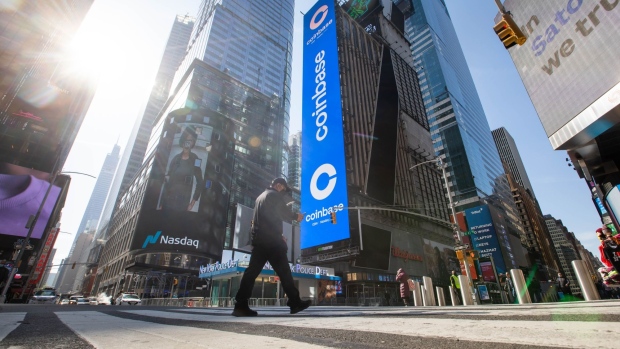 The flagship Ark Innovation ETF, Ark Fintech Innovation ETF and Ark Next Generation Internet ETF bought a combined 749,205 shares of Coinbase, according to data released by the funds in an email. Based on Coinbase’s closing price of $328.28 per share, their stake is worth about $246 million.

Coinbase is the biggest company to take the direct listing route to market. Its stock opened at $381 on Nasdaq and climbed to as high as $429.54 -- sending the exchange’s valuation soaring above $112 billion -- before Bitcoin’s drop from record highs and a broader decline in tech stocks saw its shares slipping back below the opening price.

Ark, founded by Wood in 2014, invests in companies involved with disruptive trends, which means it has a limited pool of targets in which to deploy that money. Concerns have swirled around the New York-based firm in recent months on concentration risks after a stellar year saw ETF assets surge at one point to more than $60 billion.