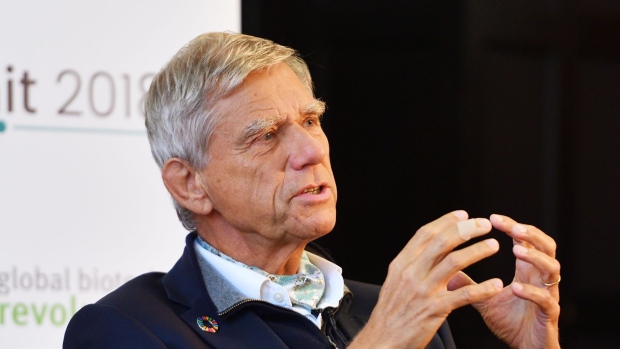 (Bloomberg) -- The UK has “no chance in hell” of becoming technologically sovereign, Hermann Hauser, the co-founder of Amadeus Capital Partners and founder of Arm, said at Bloomberg’s Tech Summit in London.

Hauser emphasized the need for Europe and the UK to have access to critical technologies so it is not dependent on countries like the US. He mentioned former US President Donald Trump, who he said used semiconductor design software as “a weapon to force other countries including Britain to do what he wants.”

The UK has struggled to keep its tech firms owned by local investors. Arm, one of the most significant global tech companies, is currently being prepped to be floated in the US by its Japanese owner SoftBank Group Corp.

The UK government is beginning to push back on foreign takeovers. Welsh chipmaker Newport Wafer Fab’s sale to a Chinese-owned company is being probed by the UK government, which is leaning toward restricting or blocking the takeover more than a year after it was signed, people familiar with the matter had said.

“These dependencies are as severe now as military occupation was in the past,” Hauser said. “And we just have to find our own independent access to critical technologies.”

One question countries have to ask themselves if whether they have all the critical technologies needed to run a country and its economy.

“The answer for Britain” is “absolutely no, there is no chance in hell that Britain could ever become technologically sovereign,” he said.

Hauser added that Europe is clearly in a recession that could last a year or two. “It’s difficult to know for how long with so many imponderables.”

“The UK in particular is in this very stormy period of having a financially undereducated chancellor, who goes by neoliberal ideology rather than rational decision making so that doesn’t help,” he added.