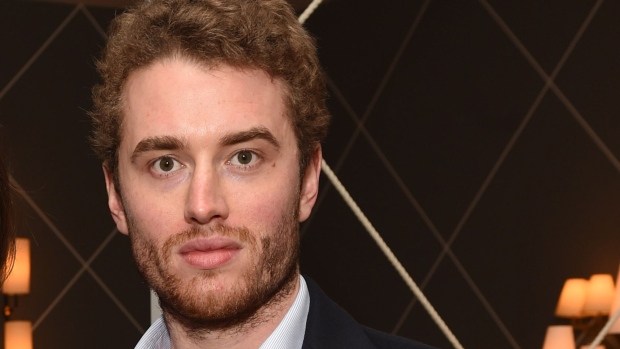 A once high-flying international art dealer has pleaded guilty to selling the same works to multiple collectors in an US$86 million fraud scheme.

Inigo Philbrick, 34, who had galleries in London and Miami specializing in post-war and contemporary fine art, agreed to forfeit almost US$87 million to the government as part of a plea agreement reached with federal prosecutors in Manhattan on Thursday.

Philbrick faces as long as 20 years in prison at a sentencing scheduled for March.

“Inigo Philbrick was a serial swindler who took advantage of the lack of transparency in the art market to defraud art collectors, investors, and lenders of more than US$86 million to finance his art business and his lifestyle,” U.S. Attorney Damian Williams said in a statement.

Philbrick accepted full responsibility for his actions, his lawyer, Jeffrey Lichtman, said in an emailed statement.

“While his actions were dishonest and criminal in nature he’s part of an industry sick from top to bottom where this sort of behavior is sadly commonplace,” Lichtman said. “That being said he apologizes to his victims and will do all that he can to make them whole.”

Philbrick burst onto the scene as a young, brash dealer, bidding millions for works by famous artists including Jean-Michel Basquiat and Yayoi Kusama, then disappeared in late 2019 amidst a wave of lawsuits by collectors including the billionaire Reuben brothers accusing him of selling the same works of art to different investors, sometimes at inflated prices.

He was arrested in the Pacific island nation of Vanuatu in June 2020 after spending months on the lam, and has been in custody in New York since July of last year.