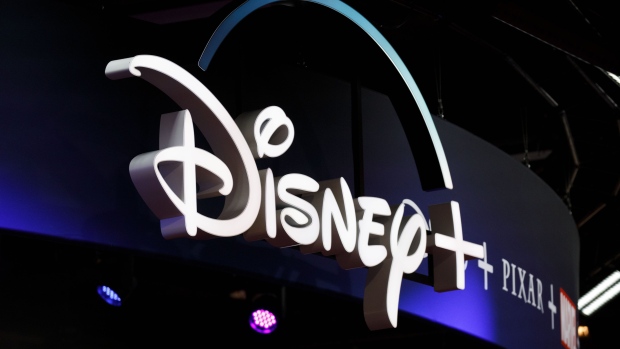 (Bloomberg Opinion) -- COVID-19 has roiled the entertainment industry in ways that threaten to leave a permanent mark. Now, corporate giants such as Comcast Corp. and AT&T Inc. that have staked their futures on the space — from television and cinema, to amusement parks and sporting events — are left facing an uncomfortable choice: retrench or stay the course against increasing investor opprobrium.

Comcast, the cable giant that acquired NBCUniversal’s TV networks, film studio and theme parks in 2013, is now the target of an activist shareholder, Nelson Peltz’s Trian Fund Management. The hedge fund is known for pushing needlessly bulky companies to slim down by shedding their weakest assets. In this case, that would be NBCUniversal as well as Sky, Comcast’s recently acquired European satellite-TV unit. Last year, AT&T also attracted an activist, Elliott Management Corp., concerned with the trajectory of its own satellite-TV and Hollywood assets. What the two campaigns appear to have in common is a desire to make better sense of a mishmash of businesses undergoing seismic change that have since been grievously affected by the pandemic. Disney, Universal’s theme-park rival, said Tuesday it would let go of 28,000 workers from its U.S. parks.

It all comes as the media moguls who erected the industry’s towering conglomerates exit the stage. AT&T’s longtime leader, Randall Stephenson, 60, handed the reins to his No. 2 in July, while Walt Disney Co.’s Bob Iger, 69, stepped aside in February. One notable exception is Comcast CEO Brian Roberts; he is 61, and there hasn’t been talk yet of his retirement. Trian Fund can make noise or polite suggestions in hopes of influencing Comcast’s strategy, but the reality is that Roberts is untouchable. He’s been appointed CEO Comcast for life — so says the company’s highly unusual articles of incorporation:

These legally binding terms are reinforced by the dual-class structure of Comcast shares. That gives Roberts 33 per cent of the voting power over the US$214 billion behemoth, which began as a small Mississippi cable system under his late father, Ralph Roberts.

Trouble is, the younger Roberts’s empire-building has taken a hit from the pandemic. The coronavirus is making people a lot less eager to visit movie theaters and theme parks. In a Morning Consult poll this month, 37 per cent of U.S. adults said it would take more than six months to feel comfortable going to the movies again, and 42 per cent said the same for amusement parks. COVID-19 has also disrupted sports leagues, postponed the Olympics and made it difficult to shoot and keep schedules on track for new TV shows and films. Advertiser demand has also dried up.

Amid all of this, the streaming wars continue to play out, with NBC’s new Peacock app fading behind Netflix Inc. and Disney+. Sky, which Comcast wrestled from Disney and Fox less than two years ago, has also disappointed. Craig Moffett, an analyst for MoffettNathanson LLC, estimates Sky is now worth US$10.5 billion, about a fifth of what Comcast paid. 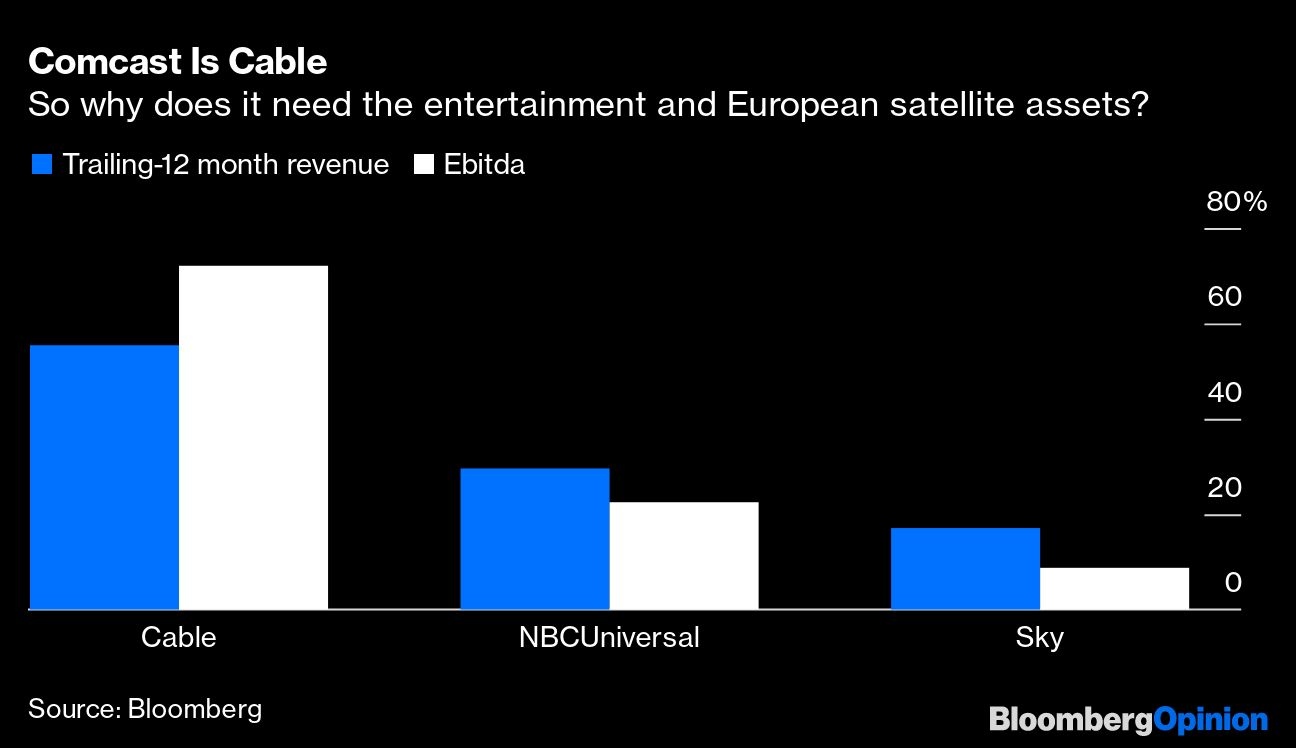 It’s a different story, though, for Comcast’s legacy business. Surging use of streaming-video services and the rising number of smart devices per household are driving more people to seek internet service and faster speeds. Comcast signed up 800,000 internet subscribers in the first half of the year, nearly offsetting the 815,000 residential pay-TV customers it lost in that span. The unit generated 61 per cent of Comcast’s revenue in the June quarter and 77 per cent of its adjusted Ebitda.

Shareholders really like this business, just as they prefer AT&T’s wireless operations over its HBO Max gambit. Both companies try to argue that there’s a symbiotic relationship between the two sides of their businesses — communications and entertainment — but it’s just not that convincing.

Yet media moguls, in their quest for power, just can’t quit buying stuff they don’t need. One option is to spin off NBCUniversal and Sky, freeing them of some debt — which Comcast cable can shoulder — and allowing them to invest unencumbered in content and streaming. Comcast would then be able to spend more on share repurchases and perhaps expand further into mobile 5G service.

This year was a reminder of the important role entertainment plays in people’s lives, and how much it’s missed when we can’t have it. Even so, the industry’s present and future is disconcerting. It may be time for Comcast to roll the credits on its Hollywood feature — but good luck persuading Roberts.