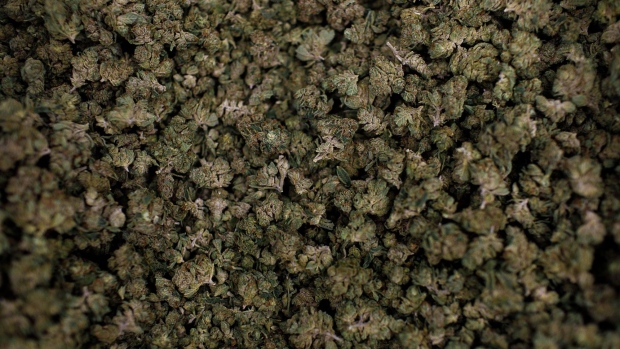 (Bloomberg) -- Americans have unprecedented access to marijuana as numerous states legalize cannabis. Yet most people still aren’t getting their hands on it through above-board means.

Just one in three cannabis consumers in the U.S. buys from established brick-and-mortar stores, according to a survey published this month by New Frontier Data. The most popular source remains the users’ friends, while another 20% get their weed from dealers.

The results underscore how strong the illicit cannabis market still is -- and the opportunity for companies to convert people to legal sales. The study found that consumers now spend an estimated $89 billion on legal and illegal cannabis in the U.S.

Marijuana legalization efforts have made significant strides recently, with New Mexico, Virginia and New York each saying in just the past few weeks that they’re ready to make recreational use legal. And since the election put Democrats in power, federal legalization has become a hot topic as well. The study may not capture all the recent momentum, since it surveyed 4,601 cannabis users in September.

Cannabis from friends -- the primary source for 34% of respondents -- could still include legal product, but purchased or shared outside of legal avenues -- such as being shared by someone with access to medical marijuana.

Indeed, part of the reason for the persistence of illegal buying is that many cannabis consumers still live in medical-only states. Only 25% of consumers in medical markets are operating as registered medical patients in the legal framework, the survey found.

“Most mid to heavy consumers will switch to shopping at brick-and-mortar stores very quickly after sales begin,” the study said.

The numbers are already heading in that direction. Those who had ever bought from a physical store jumped to 41% in the most recent survey from 27% in 2018, while the percentage obtaining from friends or dealers has declined.

But the numbers show that the illicit market remains strong even as total cannabis sales outpace those of wine or spirits.

For new states forming the regulatory framework to start recreational cannabis sales, it’s a sign that tax levels, licensing fees and other factors that could inflate the end cost of marijuana for consumers will have to be carefully calibrated. Set them too high, and the bulk of U.S. consumers may continue to turn to friends or dealers for their weed.

“The test in Germany is very particular for that country ... I wouldn’t take any broader conclusions for the broader company,” said PepsiCo Inc. Chief Executive Officer Ramon Laguarta, when asked on an earnings call whether the launch of its Rockstar beverage plus hemp in Germany signaled plans to get into hemp or CBD beverages in the U.S.