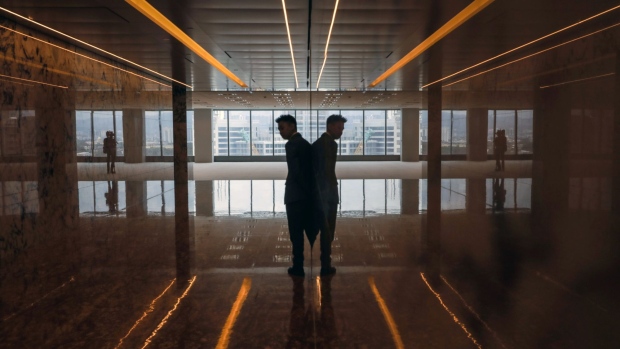 A man is reflected as he stands at an elevator lobby inside The Exchange 106 tower at the Tun Razak Exchange (TRX) financial district in Kuala Lumpur, Malaysia, Wednesday, Oct. 23, 2019. Southeast Asia's tallest skyscraper was once shadowed by the 1MDB scandal that has upended the nation's politics and implicated global banks in criminal cases. It now seeks to shed that past by plying prospective tenants with marble walls and mirrored ceilings. Photographer: Joshua Paul/Bloomberg , Bloomberg

(Bloomberg) -- A slew of rescue measures from global central banks and nations amid the global Covid-19 crisis might have revitalized U.S. and Europe primary bond sales. In Asia though, dollar issuance remains in freeze.

Issuers in the region are waiting for the wild swings in the financial markets to end, with an eye also on whether the premium to borrow dollars in Asia show any indication of going down after a recent rise.