The S&P 500 Index posted its biggest advance in two months, building on gains in Europe and Asia and erasing its loss for the week. A surge in technology companies pushed the Nasdaq Composite up more than 2 per cent. Treasury yields edged lower and the dollar weakened. Oil climbed.

Thursday’s move by the People’s Bank of China was seen as an effort to stabilize its currency and went some way toward easing market concern that peaked Monday, when a weak reference rate spurred concern that the trade war was heating up. Despite evidence of some renewed risk appetite, stocks are still well off the record highs reached last month and traders remain jumpyabout the potential for escalation in the conflict. 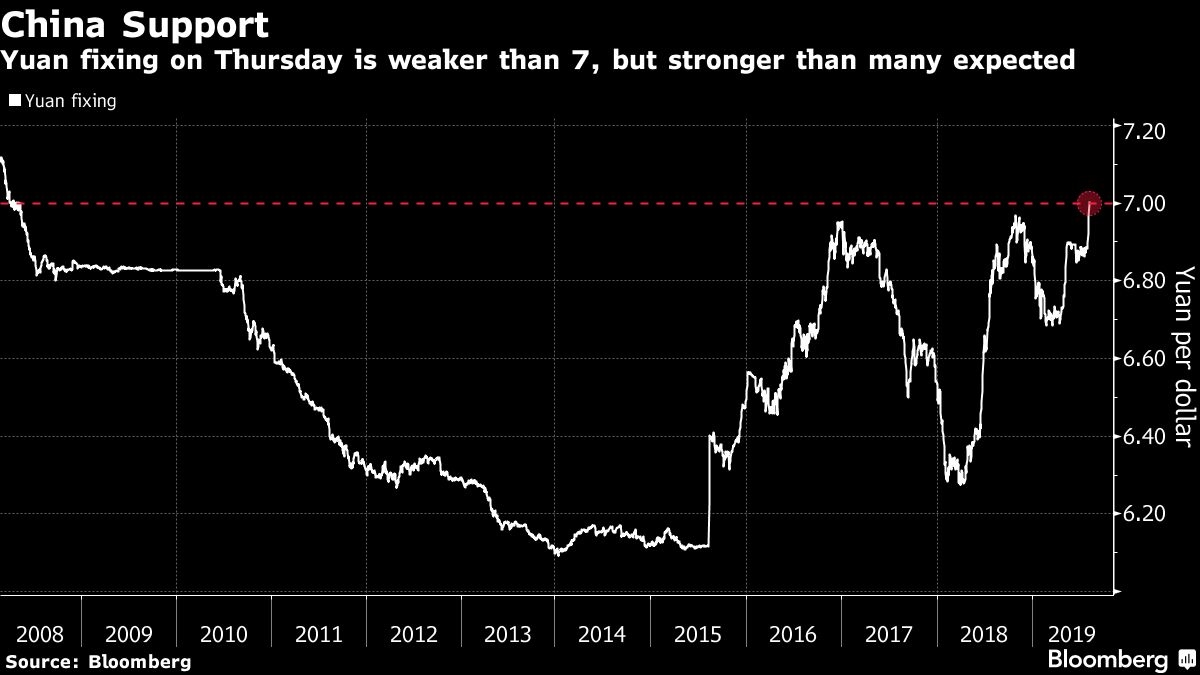 “For now, as far as volatility, the worst is over,” Rick Bensignor, the founder of Bensignor Group and a former strategist for Morgan Stanley, said in an interview at Bloomberg’s New York headquarters. “China’s smartly doing what they can. On their part, I think it’s a good tactical move.”

The dollar extended its decline after President Donald Trump said a strong greenback was hurting U.S. manufacturers and urged the Federal Reserve to cut interest rates.

The Stoxx Europe 600 rose the most in seven weeks. A gauge of Asia stocks increased as China’s Shanghai Composite rebounded from the lowest level since February. The Australian dollar gained from its lowest level in a decade. Bitcoin hovered below US$12,000, a level it’s failed to close above for one month.

Oil snapped a three-day losing streak after Saudi Arabia contacted other producers to discuss options to stem a rout that’s been driven by the worsening China trade conflict.

Here are the main moves in markets (all sizes and scopes are on a closing basis):