Stocks retreated after hawkish remarks from Federal Reserve officials and mounting concern that another wave of the pandemic in Europe could spur more lockdowns.

Economically sensitive companies like energy, financial and industrial shares fell, while the technology-heavy Nasdaq 100 outperformed major benchmarks. The Treasury curve flattened after two members of the central bank’s board said the Fed may need to consider speeding up the reduction of its bond-buying program amid strong economic growth and rising inflation. The dollar rose.

While equities are hovering near records, propped up by robust earnings, a virus resurgence could stall the economic recovery at a time when inflation is raging. Austria became the first western European country to impose widespread restrictions. Parts of Germany also closed non-essential businesses, while the Netherlands has already ordered shops and bars to close early.

“It’s been another week of stocks defying gravity in a tense environment,” said Callie Cox, senior investment strategist at Ally Invest. “The road hasn’t been easy, though. Investors are still digesting the risk of runaway inflation, along with a COVID spike and a new wave of restrictions in Europe.” 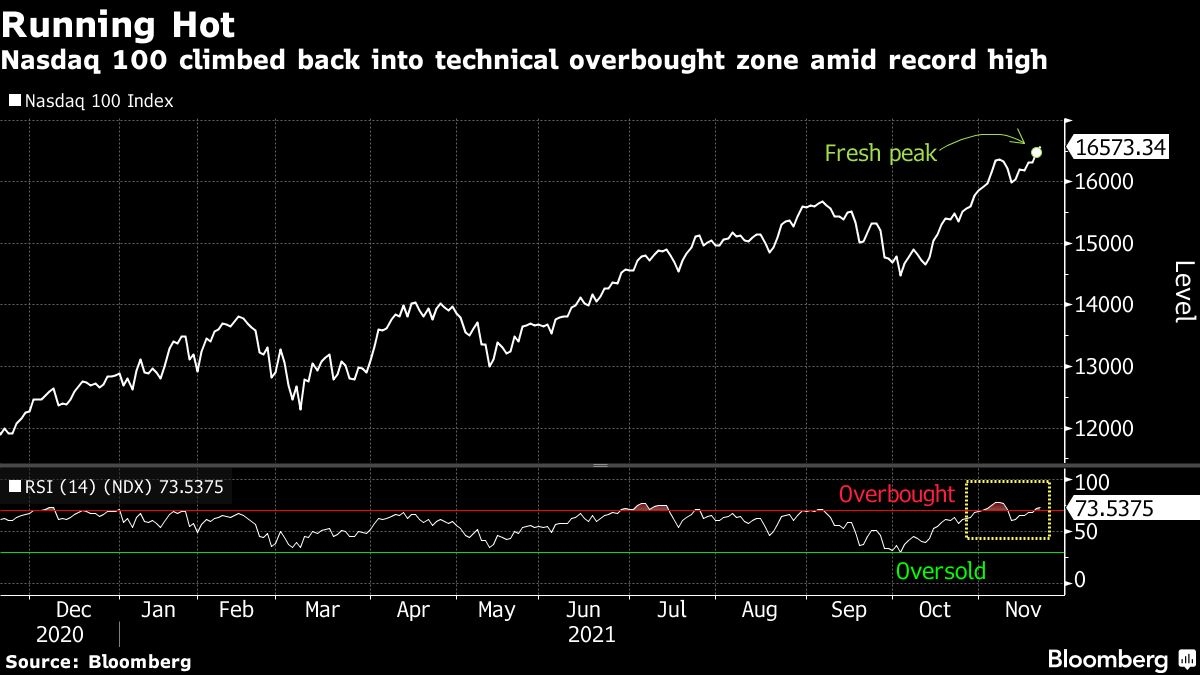 Oil logged its biggest weekly drop since August amid renewed prospects for lockdowns just as key consuming nations look to add emergency supply to the market.