Stocks rallied to a record after solid U.S. economic data added to evidence the recovery is gaining momentum. The dollar fell while Treasuries were little changed. Oil sank.

Most major groups in the S&P 500 rose, with the gauge extending gains into a third session. The Nasdaq 100 advanced 2%. Google’s parent Alphabet Inc. jumped as the U.S. Supreme Court ruled the company didn’t commit copyright infringement when it used Oracle Corp.’s programming code in the Android operating system. Tesla Inc. rallied after blowout delivery numbers from the electric-vehicle maker. GameStop Corp. slumped on plans to sell up to $1 billion worth of additional shares.

Traders pushed up the value of stocks after data highlighted an economic pickup as more Americans are vaccinated against the coronavirus, restrictions are rolled back and fiscal relief takes hold. U.S. service providers had the fastest growth on record in March as orders jumped to new highs. The figures from the Institute for Supply Management followed a Friday report showing that employers added the most jobs in seven months.

“It’s hard to look around and find a lot of reasons to be negative,” said Ross Mayfield, investment strategy analyst at Baird. “We had a big beat on March payrolls, Treasuries have mostly been unchanged. It’s one of those situations where good news is actually good news.” 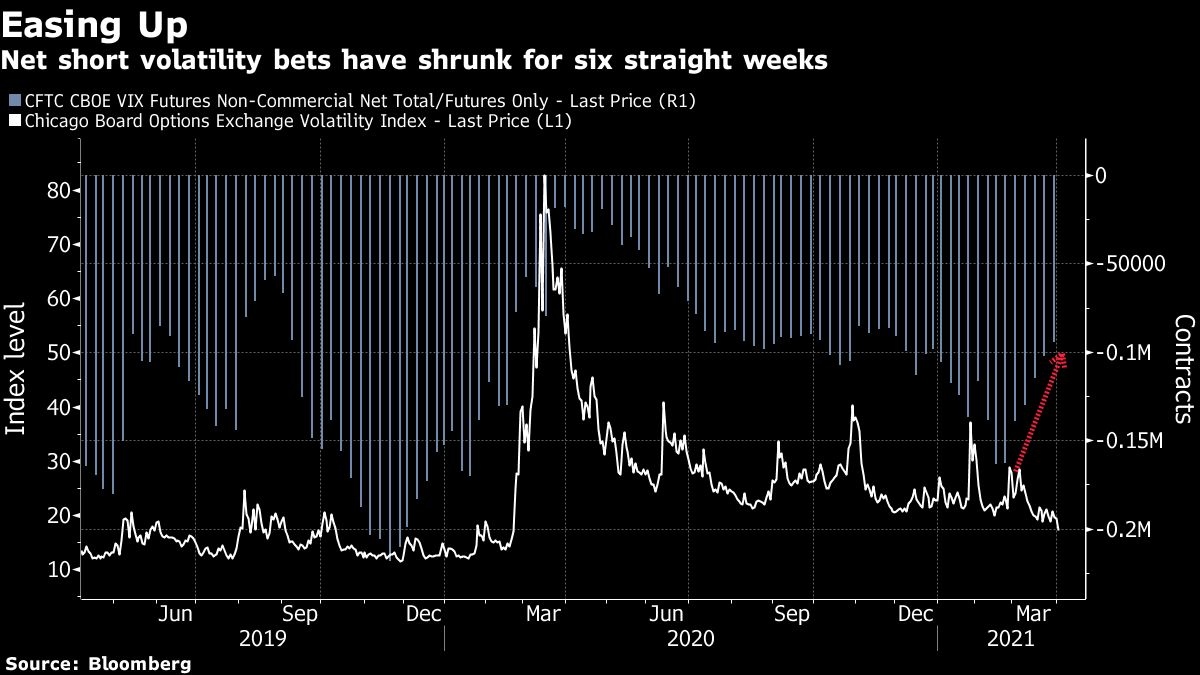 Despite the gains in stocks in recent days, speculators have been pulling back their bets for lower volatility. Net short non-commercial positions in Cboe Volatility Index futures have shrunk for six straight weeks to their lowest since the beginning of December. The U.S. equity volatility benchmark fell to its lowest in over a year on Thursday as the S&P 500 closed at a record high.