Making long-term investment decisions during an atypical year like 2020/21 is very dangerous: Strategist

U.S. stocks fell and bonds gained as the economic threat of restrictions to control the new omicron variant outweighed optimism about the efficacy of vaccines.

Both the S&P 500 and Nasdaq 100 retreated, ending a three-day rally, as losses in consumer discretionary and real estate stocks led the market lower. Treasuries pared back a rally after a lackluster sale of 30-year bonds. Meanwhile, the Cboe Volatility Index inched higher toward 22.

The cost to contain the omicron strain is being tallied up amid mounting concern it will crimp the economic rebound. New work-from-home guidance in the U.K., for instance, could cost the country’s economy £2 billion (US$2.6 billion) a month, according to Bloomberg Economics. A study has found omicron is 4.2 times more transmissible than the delta variant in its early stages.

“Ultimately the issue from a health perspective is that even if Omicron does prove to be less severe -- which the initial indications so far have pointed to -- a rise in transmissibility could offset that,” said a team of Deutsche Bank strategists including Jim Reid. That could mean that more people are in the hospital, “even if a lower proportion of them are severely affected.”

The global equity rally faces further potential road bumps ahead from U.S. consumer inflation numbers on Friday and a Federal Reserve meeting next week that may provide clues on the pace of tapering and interest rate increases.

The dollar rose Thursday after a report showed applications for U.S. state unemployment benefits declined to the lowest level since 1969. However, economists flagged difficulties in seasonal adjustments to arrive at that figure. On an unadjusted basis, initial claims climbed. 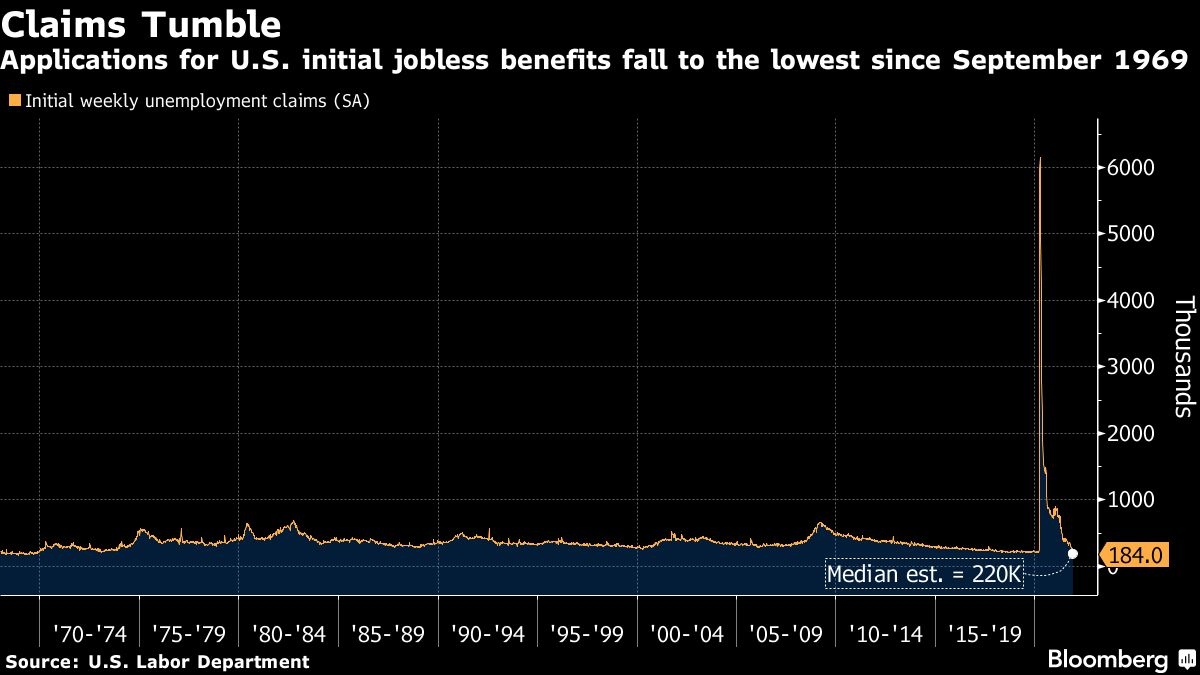 “With jobless claims hitting the lowest level in over five decades, this is a loud and clear sign that we’re making strides toward a full economic recovery despite some bumps along the way,” said Mike Loewengart, managing director of investment strategy at E*Trade Financial. “As full employment seemingly becomes a reality, the Fed will be forced to focus more on taming inflation, which has no doubt been an ongoing concern for investors.”

In Asia, China Evergrande Group and Kaisa Group Holdings Ltd. officially defaulted on their dollar debt, while the People’s Bank of China raised its foreign currency reserve requirement ratio for a second time this year after the yuan climbed to the highest since 2018.

Bloomberg’s Markets Live team is running a survey on asset views for 2022. It’s anonymous, takes about 2 minutes, and the results will be shared in the latter part of December. To participate, click here.