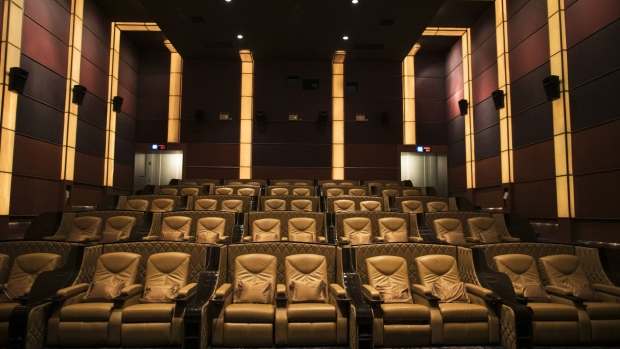 (Bloomberg) -- Asian Americans and Pacific Islanders are frequently stereotyped in major films and are poorly represented in the industry, according to a recent study.More than 90% of respondents in the Coalition of Asian Pacifics in Entertainment survey said representation is inadequate both on-screen and behind the scenes. And for films that feature Asian-American and Pacific-Islander characters in the main cast, 35% of their characters embody at least one common trope or stereotype, such as “Martial Artist” or “Model Minority,” according to an accompanying analysis from the Geena Davis Institute on Gender in Media. The institute analyzed 100 top-grossing U.S. films from 2010 to 2019 and 124 films from studios and streaming services from 2017 to 2020.

In top-grossing U.S. films, female Asian and Pacific Islander characters were verbally and visually objectified at rates that were higher than female characters of other races, the institute found.

According to the survey by the Coalition of Asian Pacifics in Entertainment, nearly 90% said they are often the only Asian or Pacific Islander in the room, while 55% have experienced “blatant racism” at work. Only 43% agreed that their voice is valued by the industry.

The Coalition of Asian Pacifics in Entertainment surveyed 329 Asian Americans and Pacific Islanders working as writers, actors, producers, directors and other roles in the entertainment industry. The survey was carried out in late June.

The study sheds light on “the negative stereotypes that have existed on-screen for decades,” said institute founder Geena Davis. Inaccurate portrayals in entertainment have “profound and insidious consequences,” said Michelle Sugihara, executive director of CAPE, a Hollywood industry association, “which is why this is not just a representation issue, but a social justice issue.”

Of particular concern is the misconception that those of Asian heritage are seen as “successful” and don’t face racism, according to the study. This is “harmful and contributes to violence against Asian people,” the authors found.

The report recommends the entertainment industry produce more varied stories beyond stereotypical topics such as the Asian immigrant experience. For example, “not all Vietnamese stories need to be about the Vietnam War or the trauma of being a refugee.”

The U.S. has experienced a surge in anti-Asian hate crimes during the Covid-19 pandemic, with incidents climbing 164% in the first quarter from a year earlier.